In February, Kin Park Thaing — a Burmese refugee living in Indianapolis — was charged with two counts of child abuse after allegedly striking her 7-year-old son multiple times with a plastic hanger.

According to court documents, Thaing found her son and 3-year-old daughter engaging in behavior she believed inappropriate before she allegedly struck her son, leaving multiple bruises, spanked her daughter, and then told them to pray to ask God for forgiveness.

Indiana’s Religious Freedom Restoration Act — signed into law in 2015 by Republican Governor Mike Pence — was initially viewed by some as a counterweight to the legalization of same-sex marriage across the U.S. because it would’ve allowed businesses in the state to deny goods and services to same-sex couples based on employees’ religious objections. That is no longer an issue since the law was amended to bar discriminatory behavior — but the act has since taken on an unexpected new life: as a defense for criminal conduct like child abuse and drug use. So far, at least four people in Indiana have used the law to argue that their religion excuses them from actions that would otherwise be considered crimes — and legal experts expect more cases to follow.

The latest involves Thaing, whose son was found with 36 bruises on his body, according to court documents, when he was examined by a doctor after his teacher discovered red marks and bruising on the child’s back, arm and head.

The state filed criminal charges against Thaing in February. But in court documents, her attorney Greg Bowes argued that the RFRA protected her from prosecution and said that Thaing’s Christian beliefs were the “guiding values” that led to the February incident. The RFRA states that the government cannot limit someone’s religious liberty unless it can prove a compelling interest in doing so while using the least restrictive means possible.

“Ms. Thaing believed in the teachers of the Bible that state, ‘Do not withhold discipline from a child; if you strike him with a rod, he will not die. If you strike him with the rod, you will save his soul from Sheol,’” a Hebrew word loosely translated as hell, Bowes said in court documents.

Bowes, who declined to be interviewed for this article, said in court documents that the state ordered Thaing to participate in parenting education and therapy, and that filing criminal charges against her is overly restrictive of her religious freedom. He added that the Indiana Supreme Court has ruled that parents can use reasonable physical force to control their children’s behavior.

Opponents of the law say defenses like these were inevitable. Terry Curry, the Marion County prosecutor leading the case against Thaing, says his office opposed the bill last year because criminal offenses under state law were not exempted. “This year we will encourage the legislature to amend the bill to put that exemption in,” Curry says. “We’ve advocated for that and we’re going to do it again.” Currently there does not appear to be any serious effort by lawmakers to change the law to exclude protection of criminal offenses.

For Thaing’s case, legal experts say it’s unlikely that the RFRA will succeed as a defense.

“If the court concludes that the punishment here exceeded the bounds of parental authority and therefore violated the child-abuse statute, it also is likely to find a compelling governmental interest that trumps the RFRA defense,” says Daniel Conkle, an Indiana University law professor.

Rick Garnett, a University of Notre Dame law professor who follows RFRA cases, says he believes the chances of the RFRA successfully being used to defend charges of child abuse are “zero.”

“The issue in the Thaing case, I think, is going to be whether what she did to the child falls within the permissible amount of corporal punishment in Indiana,” he says. “And based on what I’ve read, I suspect that it does not.”

Curry says his office has seen three cases involving the RFRA as a defense, including one challenging Indiana’s marijuana law by the First Church of Cannabis, which argues that its church members — “Cannaterians” — should be able to smoke marijuana as a religious sacrament. Indianapolis police have told churchgoers that they would be arrested if they did so. The lawsuit is pending. An additional case involving Curry’s office includes an Indiana resident who is arguing that his religious beliefs compel him to avoid paying income taxes.

Another case in Elkhart and Allen counties involved the American Civil Liberties Union, which argued that sex offenders should be able to attend church even if that property included a school, which a judge ruled permissible. A more traditional use of the RFRA arose last month when the ACLU filed a lawsuit on behalf of a Muslim inmate who says he’s been refused a halal diet while jailed. That challenge is the kind that’s often seen around the U.S. involving the federal RFRA, which was enacted in 1993 but applies only to the federal government.

“In the hundreds of religious-exemption cases that have come up in the federal and state courts, the vast majority involve straightforward cases of religious minorities — Sikhs, Amish, Muslims, etc. — being burdened by generally applicable laws other than antidiscrimination laws,” Garnett says. “The recent controversies are the outliers.” 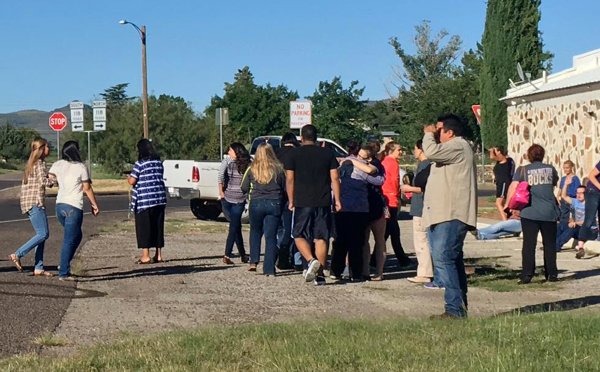 1 Dead, Another Injured in Shooting at Texas High School
Next Up: Editor's Pick