A mountain gorilla of the beringei beringei subspecies of the eastern gorilla in Rwanda in 2010.
Danita Delimont—Getty Images/Gallo Images
By Justin Worland

Four out of five species of great apes are now listed as critically endangered as populations have declined in recent years largely due to hunting, according to a new update from an international conservation group.

The International Union for Conservation of Nature (IUCN), which surveys nearly 83,000 species as part of its Red List of Threatened Species, reported the reclassification this week during a meeting in Hawaii along with a slew of other changes. Nearly 24,000 of those species are now threatened with extinction, the group said.

The reclassification of central Africa’s Eastern Gorilla as critically endangered follows a population decline of more than 70% in the last two decades, leaving its population below 5,000. The decline is largely due to hunting, even though the practice has been outlawed, according to the IUCN. Much of this hunting occurs deep in the forests of central Africa in remote villages and illegal mining caps where government authorities have little presence, according to the Wildlife Conservation Society.

Giant Pandas, along with Tibetan eastern gorilla, moved off the endangered list and the species is now listed as vulnerable. The Panda has benefited from years of targeted conservation efforts that have preserved its forest habitat. Still, the IUCN warns that climate change will threaten more than a third of the species’ bamboo habitat in the next 80 years without expanded conservation efforts. 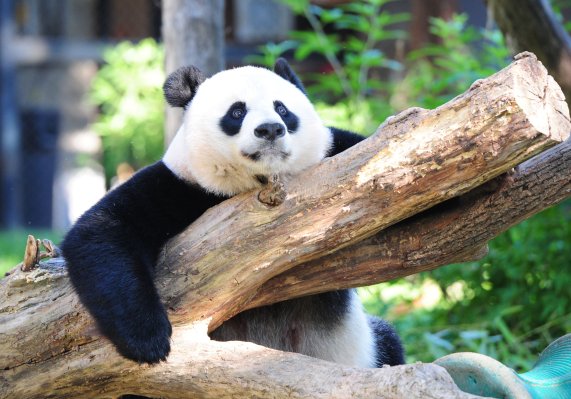 The Giant Panda Is No Longer an Endangered Species
Next Up: Editor's Pick