A Reminder That ‘History’ Is Always Incomplete

Willie Mays, right, watches as President Barack Obama presents the Presidential Medal of Freedom to NASA mathematician Katherine Johnson during a ceremony in the East Room of the White House, on Nov. 24, 2015, in Washington.
Evan Vucci—AP
Ideas
By Lily Rothman
Lily Rothman is Assistant Managing Editor, Magazine, at TIME

For a book about people making history with their brains, Hidden Figures is a real no-brainer. The new book by Margot Lee Shetterly is a fast-paced history of the team of black women who, working in a sex- and race-segregated office at a government lab, used their math skills to help win World War II and get Americans into outer space. It’s no wonder the movie adaptation, starring Octavia Spencer and Taraji P. Henson, is already being advertised. The book’s release date Tuesday also saw the debut of the very on-trend Bad Girls Throughout History, by the artist Ann Shen.

What Shetterly calls “history with a capital H” has long been generally the domain of men, but the idea of giving the women their due is definitely having a moment. This is by no means a new idea—great work has been done in the field of women’s history for decades—but popular interest in the topic is running high right now. (To wit: TIME’s history section has a running series on the women whose stories are often left out of history, and some of our most popular articles of the last year or so are about that topic.) But this trend is more complicated than it may seem.

The authors of Hidden Figures and Bad Girls are clearly aware of what they’re doing: making sure that history’s face is not monolithically male and white. They reach toward that goal in very different ways.

The hiring of the Hidden Figures women was the product of the federal desegregation of wartime jobs and the dollars-and-cents appeal of female math grads who could be paid lower wages than men with the same degrees, but their success was of their own making. Shetterly, a first-time author who grew up in a NASA family in Hampton, Va., where the story is set, comes through with a personal touch that combines gee-whiz and expertise, and the result is a book that could forever change our default image of the mid-century space program. Bad Girls is 100 brightly illustrated mini-bios, a diverse mix of obvious choices and surprising ones (to wit: Amalia Eriksson, inventor of the peppermint stick). It adds another entry to the well-designed-list-of-women category, which encompasses recent entries like Rad American Women A-Z, Good Night Stories for Rebel Girls and even a Boss Babes adult coloring book.

Shen defines a bad girl as a woman who bucks societal norms, who isn’t afraid to stand out. Meanwhile, the women of Hidden Figures defied stereotype, but they were unquestionably “good.” The most famous of them, Katherine Johnson, who checked the calculations on John Glenn’s first orbit of Earth and got a Presidential Medal of Freedom last year, was so good it rankled her coworkers, some of whom wondered how she could move uncomplainingly through a world about which she had every right to complain. Part of how she and her fellows managed to do what they did—and to have it go largely unrecognized until now—was by not standing out. Those quietly successful, often anonymous, women appear more frequently on history’s register than their famous “bad girl” sisters. But there’s a fine line, which Shetterly is careful to tread, between celebrating these women and turning them into a story about how the obstacles they faced weren’t really so bad.

Does this “hidden women” genre remind readers—particularly girls who wants to “look into the national mirror,” as Shetterly puts it, and see their own reflection—that well-behaved women can make history after all, so they should just put their heads down and work? Or does it encourage readers to rebel? Is it possible to do both at once?

Whichever one appeals to you, there’s another reason, perhaps even more important than that mirror, to talk about these women.

We have to remember that somebody is left out of everything. Even projects that aim to give the overlooked their due will overlook others, which both Shetterly and Shen acknowledge.

There’s no way around it. But, as the popular-history category and its consumer become more informed—with the help of books that keep the issue top of mind—it could become less of a problem. Writers can examine their decisions about whom to leave out. And we can all ask ourselves who that person might have been, and why.

The American market still needs the reminder: Earlier this year, Slate’s Rebecca Onion and Andrew Kahn conducted a survey of the American market for history books in 2015, and found that 71.7% of biography subjects were men, and that about a third of all books counted earned their brilliant categorization as “uncle books”—books “about a president, the founding era, the Civil War, World War II, Abraham Lincoln, or royalty.”

Yes, it is true that the same systemic problems that make the story of the black women of the space program extraordinary have meant that, in American history, white men have gotten to do more, more visibly. Some of the imbalance can be explained away, but books like Shetterly’s are a reminder that the percentage is a small one. The invisible people were there all along, and what they did was no less necessary to the course of history than the actions of those in power. If you’re still not convinced, I know at least 100 women who’d beg to differ. 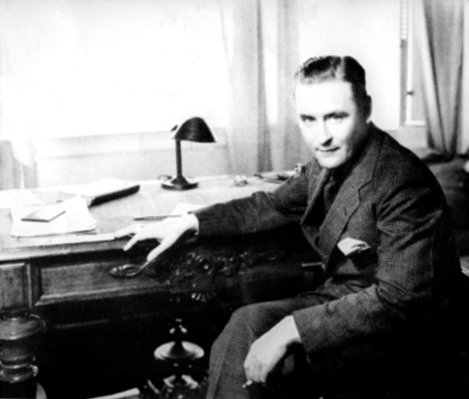 Unpublished F. Scott Fitzgerald Stories to Appear in Book
Next Up: Editor's Pick