Apple Announces the iPhone 7: Everything to Know

Apple unveiled its new flagship smartphone, the iPhone 7, during a press event on Wednesday. The new model will have a refreshed water-resistant design without a headphone jack, a force-sensitive home button, and a new glossy finish. The larger iPhone 7 Plus model also features two separate camera lenses.

The iPhone 7 will start at $649 while the iPhone 7 Plus will be available from $749. Both phones will come in 32GB, 128GB, and 256GB options, with Apple notably cutting the 16GB storage option. Pre-orders begin on Sept. 9 and the phone will begin shipping on Sept. 16.

Apple’s iPhone 7 will be available in two new finishes: black and jet black, the latter of which has a glossy look. Apple has also made the antenna on the back of the phone less visible to create a more seamless aesthetic. Apple will also be releasing a new version of its EarPod earbuds that connect to the new iPhone via the Lightning connector. These new EarPods and a dongle for connecting older headphones to the iPhone 7 will be included along with the new iPhone.

The new camera system in the iPhone 7 will allow 50% more light to hit the sensor. The 12-megapixel sensor is also said to be faster and more efficient, and both models will include optical image stabilization. Apple calls this new camera system a “supercomputer” for photos: the iPhone 7’s new image signal processor can use machine learning to read the scene and adjust accordingly, the company says.

The new processor that powers the iPhone 7 and the iPhone 7 Plus, called the A10 Fusion, is said to be 40% faster than the A9 chip in the iPhone 6s and 6s Plus. It’s also twice as fast as the processor inside the iPhone 6 and iPhone 6 Plus. Apple says that tools like the mobile version of Adobe’s Lightroom software will be able to run smoothly on the iPhone 7 and 7 Plus thanks to this new processor. The new iPhones are also said to have longer lasting batteries than any other iPhone, offering up to two hours of extra mileage compared to last year’s model.

Apple has made improvements to the screens on its new iPhones as well. The iPhone 7 and iPhone 7 Plus are said to have screens that are 25% brighter than that of the iPhone 6s and iPhone 6s Plus. The new iPhones will also be the first to include stereo speakers, which Apple calls a “huge jump forward” in terms of audio quality. The version of the iPhone 7 and 7 Plus that launches in Japan will also include FeliCa, a version of NFC technology that’s standard in the country. 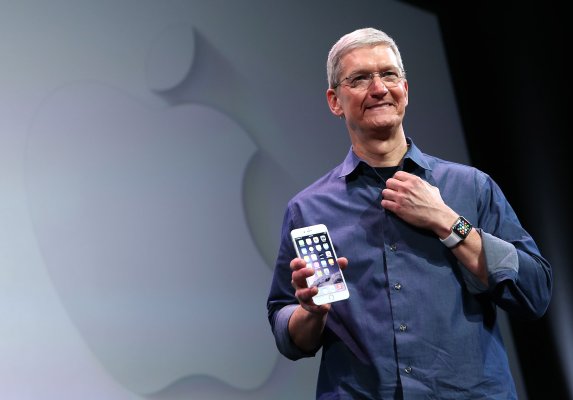 What to Expect From Apple's Big iPhone Event
Next Up: Editor's Pick