Most fans were overjoyed when Ramsay Bolton finally met his end in the penultimate episode of Game of Thrones‘ sixth season, but his death may have just cleared the way for a new big bad. A recent video by YouTuber and Game of Thrones expert Alt Shift X uses Jaqen H’ghar and the Faceless Men to shed light on how Euron “Crow’s Eye” Greyjoy could be the next major threat to the people of Westeros.

Alt Shift X first discusses the Faceless Men’s relationship with Arya Stark, explaining how Jaqen seems to be the generic identity of a Faceless Man — i.e., the face that viewers know as Jaqen is interchangeable among the members of his order. In fact, in A Feast for Crows — the fourth ASOIAF book — a character known as “the alchemist” — whose description matches that of the man the original Jaqen transformed into in the season two finale of the show — is introduced in Oldtown, leading some to believe the original Jaqen now resides at the Citadel.

So how does all this relate to Euron? In A Storm of Swords, readers learn that Balon Greyjoy fell to his death from a bridge in Pyke. However, while Euron himself pushed Balon from the bridge in the show, in the books, Martin seems to indicate that Euron paid a Faceless Man to do the deed — maybe even the original Jaqen.

This brings us to new information about Euron from a recently released chapter from the upcoming The Winds of Winter titled “The Forsaken.” Written from the point of view of Euron’s imprisoned brother Aeron “Damphair” Greyjoy, the sample describes the Crow’s Eye’s evil behavior and hints at his sadistic plan to make a horrific sacrifice to the gods in order to win a naval battle.

Alt Shift X goes on to explain the ways in which the Faceless Men could be connected to this plan, but what this all seems to foreshadow is that Euron will make this sacrifice in an attempt to defeat Daenerys Targaryen, her dragons, and his niece and nephew, Yara and Theon Greyjoy, as they cross the Narrow Sea.

Of course, given that Euron’s character hasn’t been nearly as fleshed out in the show as he has in the books, the Thrones showrunners could choose to either handle his storyline differently or nix that aspect of it altogether. However, some Reddit users believe they have already begun to hint at his cruel and conniving nature. “I’m pretty sure his behavior in the show’s Kingsmoot was all an act to persuade the thick-as-pigsh— Iron Islanders to support him,” Reddit user Cyruge writes. “His dialogue with Balon during their one-on-one was much more sinister.”

Watch the full explanation of Euron’s connection to the Faceless Men below. 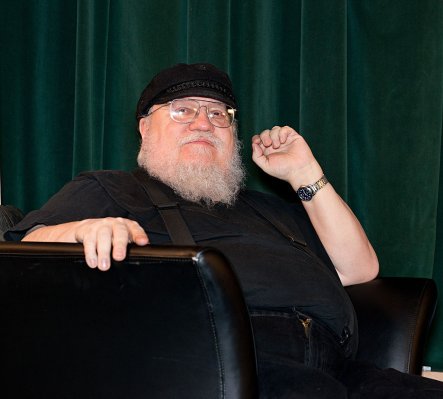 The Next Game of Thrones Book Might Have a Release Date
Next Up: Editor's Pick