There’s something fishy happening in the seafood industry. According to a new report from the ocean conservation advocacy group Oceana, one in five of over 25,000 samples of seafood tested globally was mislabeled. That means people may purchase and consume seafood and fish that’s not what they think it is.

The group looked at 200 studies from 55 countries for their report, which was released on Wednesday. The report authors say evidence of seafood fraud was discovered throughout supply chains worldwide. In the United States alone, the researchers found an average seafood fraud rate of nearly 30%, and 58% of samples of fraudulent seafood were species that could cause health complications. Some types of seafood are supposed to be screened for potential toxins or allergens and if they are mislabeled that process may not happen.

“People purchasing seafood to eat are the ones most impacted by this type of activity from a health and sustainability standpoint,” says Kimberly Warner, report author and senior scientist at Oceana. “But it also harms everyone in the supply chain who is playing by the rules. The person going through the effort to catch fish legally and label correctly is undercut by the fraudulent practices.”

The report authors highlight some country-specific offenses that are particularly egregious. In Italy, for example, 82% of the 200 samples of grouper, perch and swordfish that were tested were mislabeled and close to half of the substituted fish were types of fish that are at risk for extinction. A study of Brussels restaurants found 98% of 69 bluefin tuna dishes tested were a different kind of fish. In a Santa Monica, California restaurant, two sushi chefs were found to be selling whale meat as tuna.

MORE: Your Fridge May Be Full Of Fake Food

Oceana is pushing for more regulation from the U.S. government on the issue. President Obama has made a commitment to addressing seafood fraud, and has proposed a rule that would require more traceability—the ability to figure out where the fish is coming from—for 13 types of seafood that are at a particularly higher risk for fraud. Warner says Oceana would like to see a final rule that encompasses all seafood. Steps taken by the European Union to combat seafood fraud appear to be working. The E.U. has pushed for transparency in the seafood industry, and has experienced a drop in overall fraud from 23% in 2011 to 8% in 2015.

To ensure people buy the fish they want, Warner recommends asking grocers and waiters more questions about where their fish originates. “Some grocers provide traceable fish, and if people ask, hopefully managers will learn people want to know where their seafood comes from,” she says. 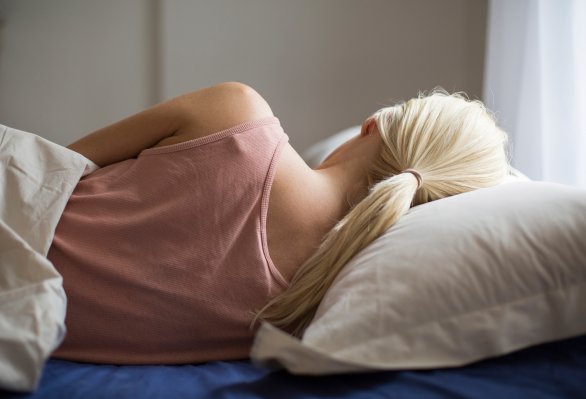 This Food May Help You Sleep Better
Next Up: Editor's Pick