What You Should Know About Phyllis Schlafly

Phyllis Schlafly famously argued for “a choice not an echo,” but there are echoes of her legacy as a grassroots conservative firebrand on both sides of the 2016 presidential campaign.

In one of her final political moments, the founder of the conservative Eagle Forum, who died Monday at the age of 92, endorsed Republican nominee Donald Trump at a rally in St. Louis in March, leading to an internal fight with some of her successors.

At the same time, Schlafly’s biography might sound familiar to Democratic nominee Hillary Clinton. A daughter of the Midwest with a law degree, once called “the first lady of the conservative movement,” she was heavily criticized by her opponents, who saw her as coasting on her husband’s success.

As TIME pointed out in a 1978 profile, she put herself through college with a job testing machine guns before getting a master’s at Radcliffe and a job editing a conservative paper. She married a wealthy lawyer and became involved in politics, attracting early attention from TIME Magazine in 1967 when she ran unsuccessfully for presidency of the National Federation of Republican Women. Her opponents took notice of her six children, noting “with quiet satisfaction, any responsible mother with all those children ought to be home with her family.”

She wrote the bestseller A Choice Not an Echo, in support of Barry Goldwater’s 1964 run for the presidency, and ran for Congress unsuccessfully. But it was her opposition to the Equal Rights Amendment (ERA), the ill-fated attempt to guarantee female equality in the Constitution, that really made her famous, as TIME reported in 1973:

Her reasoning? The amendment, she argued, would have hurt women rather than helping them, by eliminating such protections as the right to alimony and exemption from the draft. “Women already enjoy superior rights,” she was known to say.

That 1978 profile noted what some saw as the contradiction in Schlafly campaigning against equal rights for women while leading a less-than-traditional life, a view that Schlafly herself did not share:

No matter what her detractors said, her work paid off: the window to ratify the ERA closed without enough states signing on. And even in victory, Schlafly kept her knives sharp, as a 1982 piece on the failure of the Equal Rights Amendment noted: she rejoiced that the ERA was “dead for now and forever in this century” and called the amendment’s supporters “con men” and “vicious people.”

Throughout the rest of her life, she would continue to campaign, against programs like safe-sex instruction in schools, the gay rights movement (even after her son came out) and anti-harassment measures. “Sexual harassment on the job is not a problem for virtuous women,” she said in 1981, one of her many lines that could have fit neatly in a tweet, if such a thing had existed at the time.

One of those digs, a line she used back in 1967 against her older opponent for the leadership of the National Federation of Republican Women, is perhaps most fitting today, as her campaign ends but her legacy continues.

“Old war horses,” she was quoted as saying, “must fade away as old soldiers do, and give in to the younger ones.” 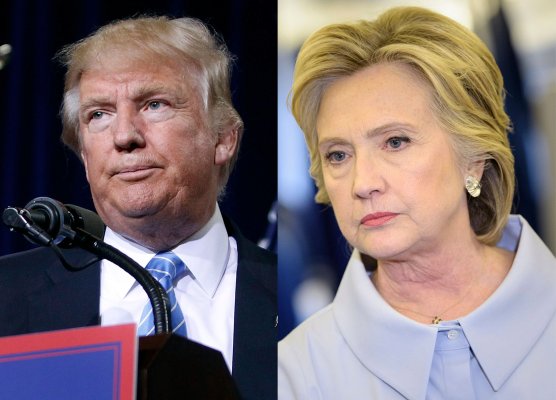 Why You Should Ignore Your Gut Feelings About Free Trade
Next Up: Editor's Pick