The Philippine President Rodrigo Duterte has been expressed regret Tuesday for referring to his American counterpart Barack Obama as a “son of a whore.”

He made the controversial comment when asked by a reporter shortly before flying to Laos for a regional summit how he intended to explain to the U.S. President the thousands of extrajudicial killings of drug dealers since he took office on June 30.

Duterte had been scheduled to meet Obama separately in Laos, but the White House announced soon after his comment was publicized that the meeting had been canceled. Duterte’s statement said that both sides had “mutually agreed to postpone” it.

This foul-mouthed insult aimed at one of the most powerful men in the world is not the first time the former mayor of Davao City has made a controversial remark. In fact, it’s not even the first time he’s called a world leader a “son of a whore.” Here, his most notorious verbal faux-pas:

“They raped all of the women,” he told the crowd, according to Agence France-Presse. “There was this Australian lay minister … when they took them out … I saw her face and I thought: ‘Son of a bitch. what a pity … they raped her, they all lined up. I was mad she was raped but she was so beautiful. I thought, the mayor should have been first”.

2. Calling the Pope a “son of a whore”…
Last November, Duterte called Pope Francis his favourite insult – a “son of a whore” – for apparently exacerbating Manila’s already chronic traffic during an official visit. He then announced he wished to visit the Vatican to personally apologize to the Catholic Church leader.

“The mayor repeatedly said he wants to visit the Vatican, win or lose, not only to pay homage to the Pope but he really needs to explain to the Pope and ask for forgiveness,” his spokesman, Peter Lavina, told the media. Duterte also apologized to the Pope via a letter; the Vatican responded by offering the “assurance of prayers” during his campaign.

His country is home to around 75 million Philippine Catholics.

3. …and calling the U.S. ambassador to the Philippines a “gay son of a whore”

Duterte sparked a diplomatic row with Washington when he called Philip Goldberg, the U.S. ambassador to the country, a “gay son of a whore”. The comments were made during an address to military officials in Cebu City last month, and prompted the U.S. to summon Manila’s American envoy to explain the remarks, The Guardian reports.

4. Saying he would like to give Viagra manufacturer Pfizer “an award”

Speaking during a gathering of the Philippine Councilors League at the SMX Convention Center in Pasay last year, Duterte revealed that he was thankful for Viagra and would like to reward its manufacturer, Pfizer, during the upcoming Kadayawan Festival.

“I will give Pfizer an award,” Duterte said, reports Inquirer.net. “Before, when our fathers and brothers reached their 50s, you’re only up to there. But now, even when we reach 60s and 70s, thanks to the brilliance of Pfizer, life has been extended.”

Duterte said he would not meet United Nations Secretary General Ban-ki Moon at the upcoming Association of Southeast Asian Nations (Asean) summit in Laos, as he had “no time”, Business Standard reported. This came after he called the U.N. “stupid” for getting involved in the Philippines’ war on drugs.

Duterte attacked the Catholic Church this May, calling local bishops corrupt “sons of whores” who are to be blamed for the nation’s fast-growing population, the Deccan Chronicle reports.

He also told senior church figures who had criticized him “Don’t f*** with me,” during a heated press conference in his hometown of Davao.

7. Boasting about having two wives and two girlfriends

In a speech made in front of 10,000 supporters in Taguig City in Davao while he was still mayor, Duterte told the crowd that he had not just two wives – but also two girlfriends.

“I have a wife who is sick. Then I have a second wife, who is from Bulacan,” he said, according to Inquirer.net. “I have two girlfriends. One is working as a cashier and the other works for a cosmetics store at a mall. The one working at the cosmetics store is younger. The other one is older but more beautiful.” 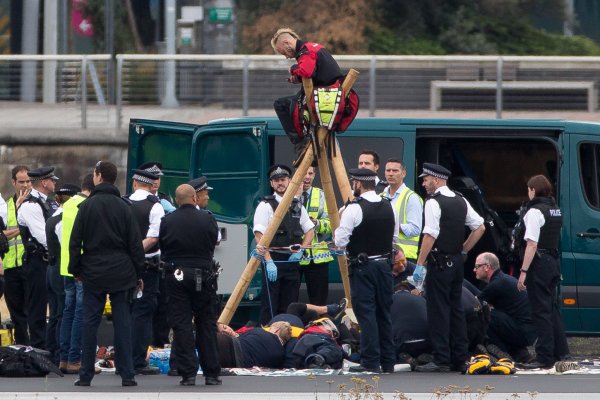 Black Lives Matter Protest in London Confuses Some
Next Up: Editor's Pick