See Katy Perry, Diplo and More Go All Out for Burning Man

Burning Man — the performance art festival/temporary urban construct/steampunk desert utopia that pops up in Nevada’s Black Rock Desert each year — extinguished the final embers of its massive, 70,000-person camp on Monday. As the eight-day event has grown in popularity, it’s also started to draw more than just free spirits eager to explore a Mad-Max-style existence.

At this year’s 30th annual Burning Man, celebrities like Paris Hilton, Katy Perry, Karlie Kloss and Scott Eastwood all got down and dirty in the dust alongside major DJs like Diplo and Skrillex. (Although their photos show an adulterated good time, Burning Man was not impervious to its own version of class warfare this year, as a so-called “luxury” camp was vandalized by other festival-goers.)

This was Perry’s second go-round with Burning Man. She opted for multicolored yarn-covered braids to keep her hair out of the dust. The massive sunglasses and face mask might seem like overkill, but that’s de rigueur attire for the desert.

Paris Hilton and her brother, Barron, climbed atop an old-school truck for their photo op.

Nina Agdal, a Danish model and Leonardo DiCaprio’s rumored girlfriend, took a photo in front of the Temple — a temporary structure that would by ceremonially burned to the ground at the festival’s end.

And man-about-town/photographer/writer Derek Blasberg was there to document the adventure.

Scott Eastwood, son of Clint, made a stop at a “Kissing Booth.”

Diplo hung out with some art.

As did his frequent collaborator, Skrillex. Both DJs played sets while they were at the event, too. 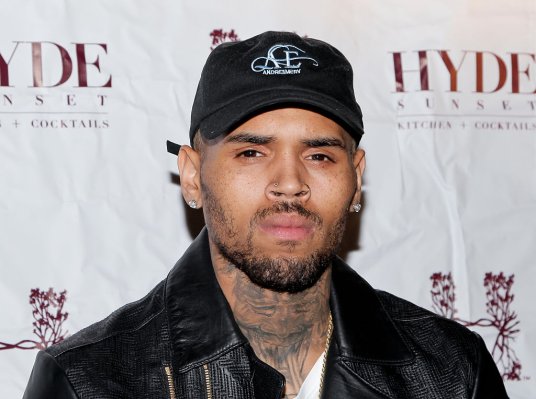 Chris Brown Was Set Up by Woman Who Accused Him of Pulling Gun, Lawyer Says
Next Up: Editor's Pick