Illustration by Sydney Rae Hass for TIME
By Justin Worland

A toxic particle found in polluted urban areas can infiltrate the brain, potentially contributing to degenerative diseases like Alzheimer’s, according to new research.

The study, published in the journal Proceedings of the National Academy of Sciences, adds to growing evidence showing how even low levels of air pollution harm human health. Many previous studies have shown how pollution adversely affects the cardiovascular system, causing lung and heart disease. But scientists are increasingly realizing that the effects could extend to other areas like the brain and pregnancy.

Researchers behind the study found that the pollutant magnetite enters the brain through the olfactory nerve, the same fiber that connects the nose with the brain and allows for smell. Magnetite is one pollutant found in particulate matter, a mix of different of a variety of different tiny particles that make up pollution, that pervades many urban areas.

Air pollution remains a top global health threat despite decades of efforts to stop it. Recent research from the World Health Organization (WHO) found that more than 80% of the world’s urban population lives in areas where air quality regularly fails health standards. Several studies have shown that air pollution contributes to millions of premature deaths annually.

The problem has been particularly acute in developing countries like China and India where cities are often coated in a layer of smog. But recent research has shown how air pollution even in comparatively clean cities in the United States and Europe continues to cause health problems—largely due to the prevalence of diesel vehicles—despite government initiatives to address it. Nearly 6,500 people die early each year in the U.S. due to air pollution. In the United Kingdom, that number totals around 40,000.

The study’s researchers found high levels of magnetite in tissue from the brains of 37 people who had lived in two polluted urban areas—Mexico City and Manchester. The particles appeared in a different shape than naturally occurring magnetite and were coupled to other similar metals.

Previous research has shown a strong correlation between the rates of exposure to particulate matter. The new research suggests a potential mechanism to explain how the pollution could cause the disease, but determine the precise nature of potential link will require further study. 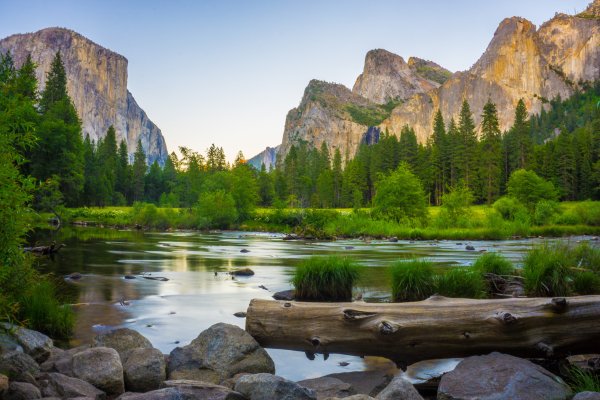 National Parks Are Not Enough to Protect Nature
Next Up: Editor's Pick