U.N. High Commissioner for Human Rights Zeid Ra'ad al-Hussein delivers a speech at the opening of a new council's session on June 13, 2016, in Geneva
Fabrice Coffrini—AFP/Getty Images
By Rishi Iyengar

The U.N.’s top official for human rights lambasted Western right-wing politicians like Donald Trump and Nigel Farage in a speech Monday, describing them as “populists, demagogues and political fantasists.”

In an extraordinary attack made during a security conference at the Hague, Zeid Ra’ad al-Hussein compared their rhetoric to that of the Islamic State of Iraq and Greater Syria (ISIS) extremist group.

“Populists use half-truths and oversimplification — the two scalpels of the arch propagandist,” the U.N. High Commissioner for Human Rights said. “The Internet and social media are a perfect rail for them, by reducing thought into the smallest packages: sound bites, tweets.”

Wilders, who is facing criminal charges for inciting racial hatred, said in a recently released campaign manifesto that he would close all mosques and ban immigrants from Muslim countries if elected. His party, the Freedom Party, currently leads opinion polls in the Netherlands ahead of next year’s election.

Describing the Dutch leader’s manifesto as “grotesque,” al-Hussein said that “history has taught Mr. Wilders and his ilk how effectively xenophobia and bigotry can be weaponized.” 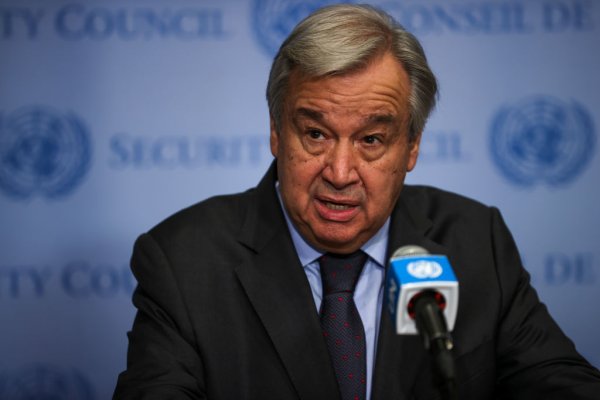 U.N. Chief Calls for Halt to Violence Against Asians
Next Up: Editor's Pick