This Company Wants to Resurrect a Revolutionary Video Game Idea

Richard Landstrom, gamertag 'Xizt', of Ninjas in Pyjamas, warms up prior to the match against G2 Esports at the ELeague Arena at Turner Studios on June 3, 2016 in Atlanta, Georgia.
Daniel Shirey—Getty Images
By Matt Peckham

Decades ago, before the Internet was a gleam in Uncle Sam’s eye, computers were stupid. Not in the sense of being primitive, though they were also that, but in the literal sense of being internally braindead. So stupid, in fact, that we nicknamed this prehistoric, biz-angled species of keyboard-and-monitor “dumb terminals”—slang for intentionally complexity-allergic vessels into which content was beamed by sophisticated, centrally located machines that filled rooms like squadrons of refrigerators. In old-school parlance, we called those machines “mainframes.” In today-speak, you might call them cloud servers.

Cloud computing was a thing long before it was called cloud computing. That’s in part because the concept remains a holy grail of sorts. Instead of building costly, complex computing devices that process their own content, you cobble together cut-rate receptacles for that content with all the intricacy—and thereby potential failure points—stripped out. A centrally located, comparably high-powered computer does the heavy lifting, then transmits only the audiovisuals back to the end device and its user. The thinly arrayed client devices on the receiving end literally become, as journalist Edward Murrow once said of TV, just “wires and lights in a box.”

In 2010, a startup calling itself OnLive attempted to upend the games industry with a hockey-puck-sized box and service designed to do just this. OnLive’s internally no-frills set top, bundled with a gamepad, communicated with game servers that shouldered the processing burdens of a given game, then streamed just its audiovisuals across the Internet for players to enjoy. Like Netflix or Hulu, in other words, albeit with much steeper server-side computing costs. But gamers are notorious nitpickers, and OnLive’s service was visually glitchy and content-bereft, writing conceptual checks its technology and economics couldn’t cash. The idea never took, and despite a series of pricing and service contortions, the company—at one point said to be worth billions—closed its doors in April 2015, selling many of its patents to Sony.

The reasons for OnLive’s demise could fill a book. But for upstart cloud gaming firm LiquidSky’s CEO, Ian McLoughlin, it’s down to two things: infrastructure and content. “It’s just the Catch-22 of creating a platform,” he says. “The users won’t come and use the platform unless the content’s there, and the developers won’t come and develop the content unless the users are there.” McLoughlin, an intrepid 23-year-old computer engineer, dropped out of college to found a company he hopes will deliver what OnLive couldn’t by rethinking cloud gaming pillars like bandwidth, latency (the time between an action and response), scalability and, crucially, a sufficiently diverse catalog of interesting things to play.

“In creating a new platform, you need to either become a bridge to existing content, or you need to take the content with you,” says McLoughlin, summing up an industry truism. Content delivery to a market flush with PCs, game consoles and mobile devices remains something of a paradox. To content makers, what seems a healthy abundance of distinctive platforms can become a developmentally balkanized and costly albatross. By contrast, cloud gaming promises developers homogeneity and users freedom from relentless bank-emptying upgrades. It’s the alchemy of “design once, play anywhere” coupled to the allure of cheap impulse-buy hardware. All that’s missing: the infrastructure and partnerships to pull it off.

That’s still a tall order in 201. But McLoughlin says LiquidSky has made huge strides over OnLive. “We have almost no [data] loss because of the partnerships that we have over the network until it gets to the home, and that’s where we have the biggest struggle,” he says, referring to something that used to be called the “last mile.” “For us, it’s more like the last couple hundred feet in the house,” he says. Those last few hundred feet would be our homes, a chattering throng of wireless devices that includes microwaves, cordless phones and garage door openers. Each of these can interfere with anything trying to deliver content over a wireless connection, including OnLive’s hardware. A video service like Netflix mitigates this by buffering data, but video’s a non-interactive medium and gameplay can’t be hedged in a queue. Games require immediate delivery of visual information for reactive fine-tuning — just imagine how frustrating it would be to experience lag while you’re careening down a racetrack or dodging bullets in a hair-trigger shootout.

“We have to be completely real-time. We want the latency to be under 30 milliseconds, and so we can’t do any buffering,” says McLoughlin. 30 milliseconds of latency would be remarkable—contrast that with OnLive, which managed respectable speeds in the vicinity of 100 milliseconds. But we’re back to the last mile problem, which is really a wireless frequency problem, since most home wireless networks are jostling with all those household appliances. Hardwiring eliminates the problem, but requiring physical network cables in 2016 would be seen as a step backwards. Which leaves the alternative: the zippier, all but interference-free frequency most newer wireless routers already support.

“5 GHz Wi-Fi is a complete game-changer for us,” says McLoughlin. “Right now I’m on 2.4 GHz and it actually works brilliantly well, but it just depends on how it’s set up, and sort of where the channels are, and how much interference there is. But with 5 GHz, we can almost guarantee that it’s going to be a perfect experience, whereas OnLive just couldn’t do that. The world is moving towards real-time streaming media over the Internet.”

Assume for a moment that this “ultra low latency” infrastructure works as advertised, that it’s capable of delivering up to 1080p games at the increasingly industry-standard 60 frames per second, and that would-be gamers already have the prerequisites to access the service (the company currently supports Windows, Mac, Linux and Android devices, and just about any USB gamepad as well as microphone and cameras). That leaves content. LiquidSky’s still sorting this part out as it works its way through funding rounds (investors have put in close to $2 million) and a public beta.

Today, you can opt for pay-as-you-go or subscription plans that furnish various amounts of server storage and monthly hours of play. But you’re essentially renting space on a bank of servers — a “SkyComputer,” in LiquidSky-speak, which in old-speak amounts to a virtual PC. To play games, you still have to bring your own titles to the party. Whatever LiquidSky’s technical merits, it’s not a true “Netflix of video gaming,” where you pay a flat rate for unlimited access to a diverse catalog of pre-populated content — or at least not yet.

“Today, LiquidSky offers the ability to access players’ existing accounts and their owned PC games, letting them play titles available via their Steam, Origin, Battle.net, and other digital storefront accounts on our SkyComputers,” says McLoughlin, showing me a screen with rows of popular PC games, including free-to-play titles. “We’re currently in talks with leading publishers and developers to pre-install some of the hottest PC titles, including leading freemium games. In our next major platform update, we want not just to provide a way to play any owned PC game on Android, Mac, Linux and low-spec PCs, but to also serve as a PC gaming discovery engine, with pre-installed titles saving time and offering greater convenience.”

That approach marks the next phase for LiquidSky, McLoughlin tells me, due for release any time now. “This is a big step for us because what we’re trying to do here is build an uber-platform, sort of a platform of all platforms, and we’re hoping it’s someday going to grow into being one of the biggest platforms in the world because you’ll have apps and games that are side by side built for any platform,” he says. Which brings us back to cloud gaming’s pipe dream: the notion that platforms become agnostic repositories for universal content, differentiated only by their interfaces and use-case scenarios. Whether the idea catches fire depends, as it always has, on the whims of consumer interest, product timing and economics.

That another platform-diverse cloud gaming company would emerge from OnLive’s ashes was inevitable. Stupid computers have been with us forever, and their virtues remain. Whether LiquidSky manages to skirt the sort of miscalculations OnLive made, whether the economics and topological realities of cloud gaming line up in 2016 or not, there’s no reason to assume computing’s lengthy affair with localized complexity was ever inexorable, much less irreversible. 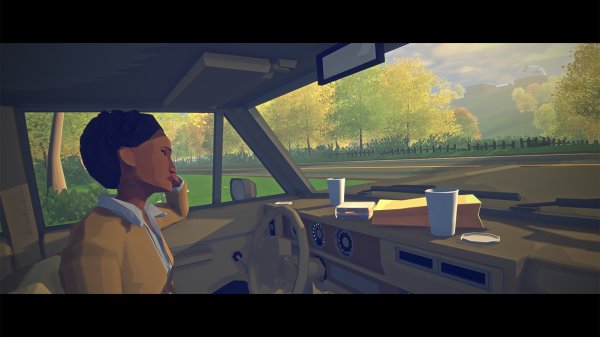 Why 'Virginia' Is a Fascinating Narrative Experiment You Have to Try
Next Up: Editor's Pick