Congress Returns to a Stalemate Over Spending

In an election year, Congress’s work traditionally dwindles to one job: keeping the government running. This year is no exception, but with Washington more polarized than ever even doing that one thing is looking increasingly difficult.

As Congress returns from Labor Day to face the last work period before the election, it faces an unwinnable conflict over spending that includes the real but remote chance of a shutdown.

Democrats want a short-term funding bill that would keep the government running only through Christmas; Republicans want one that stretches until the spring. Complicating matters, the Senate is on track to fail for a third time to pass emergency Zika funding—which would mean money to fight the disease would need to go in a government funding bill, adding to the urgency to pass something by the end of September.

Republicans want to extend the funding as much as possible because they are anticipating heavy losses in the November elections and want to lock in a deal under more favorable conditions for as long as possible. “I think we have more leverage with the current president and the current majorities than we’re likely to have on the other side of this,” Rep. Tom Cole, an Oklahoma Republican who is a senior member of the Appropriations Committee, told Politico.

But Republicans will have to choose between policy and politics in the coming weeks. If history is any indication, Republicans would bear the brunt of the blame were the government to shut down again and having that happen weeks before the election—when several states will already be voting early—could be catastrophic for the GOP.

Of course, Democrats know this, which is why they’re pushing the idea. “The Senate is being run into the ground and unless it changes course,” Senate Minority Leader Harry Reid told reporters on a call last week, “we’re headed straight for another government shutdown.”

How likely is a government shutdown? Not too likely, but once again the problem is in the Republican-controlled House where Speaker Paul Ryan is facing a disgruntled Freedom Caucus. The conservative caucus is unhappy that he didn’t do enough to save one of their own, Rep. Tim Huelskamp, who lost his Kansas primary to a moderate pro-business Republican last month. They’re also upset by what they see as Ryan’s foot-dragging on their efforts to impeach IRS Commissioner John Koskinen.

Ryan has thus far been unable to convince members of the Freedom Caucus to do much of anything. They refused to pass a budget, an embarrassment for Ryan, a former Budget Committee chair. They’ve also not passed an Obamacare replacement as he’s been urging them to do. And they voted down the Senate Zika funding bill, which passed the upper chamber 68-29 with broad bipartisan support. Senate Democrats have twice voted down the measure House Republicans sent back as they claimed it was full of poison pills: the House version takes money from Planned Parenthood, Obamacare and includes other non-Zika related controversial measures.

On the subject of government funding, the Freedom Caucus doesn’t just want an extension through the spring, they want to pass a multi-year bill that sets severe caps on spending, all but handcuffing the next president whomever he or she may be. (Such a measure would be DOA in the Senate.)

Whatever government funding bill is passed, it will most likely have to be done without the Freedom Caucus, instead using Democratic votes. Too many bipartisan votes like that are what brought down Ryan’s predecessor Speaker John Boehner, and if Ryan wants to run for president in 2020, he’s going to have to fund a way to appease his right flank while still governing.

Because this month’s choice, between a government shutdown or a bipartisan funding vote with Democrats, is only the first in a series of unpleasant choices Ryan will face next session no matter who is in the White House. 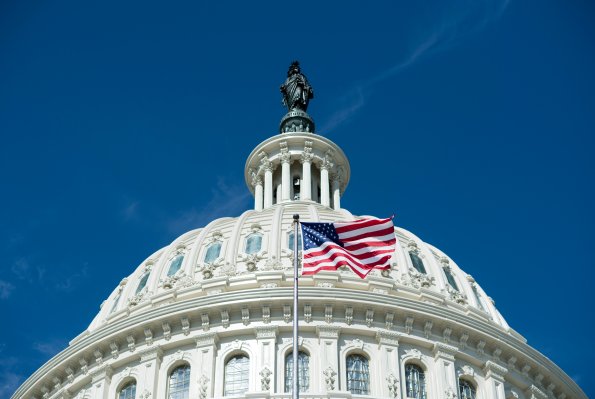 Meet the Groups With the Most Influence in Congress on Twitter
Next Up: Editor's Pick