Steve Irwin’s Daughter Bindi Irwin on 10th Anniversary of His Death: ‘You’ll Be My Hero for My Entire Existence’

Steve Irwin’s daughter commemorated the 10th anniversary of her father’s death on Sunday with a touching post and childhood photo of her lifelong “hero.”

Bindi Irwin shared an image on Instagram of her smiling father easily hoisting her up with one arm when she was an infant. “You’ll be my hero for my entire existence,” she wrote in a caption. “I love you more than words can describe.”

Steve Irwin, the legendary “Crocodile Hunter,” died in 2006 after being stung by a sting ray.

In the decade after his passing, his 18-year-old daughter went on to compete on Dancing With the Stars and ended up taking home the mirrorball trophy last year after paying several on-air tributes to her dad. 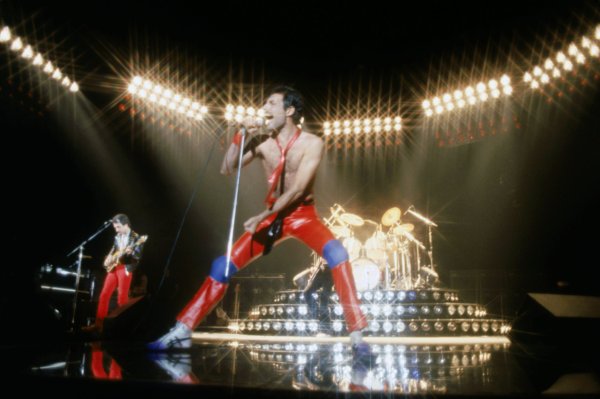 Queen's Freddie Mercury Has An Asteroid Named After Him
Next Up: Editor's Pick