The Taliban has claimed responsibility for twin bombings that killed at least 24, including senior security officials, and wounded 91 in Kabul on Monday.

Defence ministry spokesman Mohammad Radmanesh told Reuters that the blasts hit a busy city area near a market, government buildings and a main intersection. The bombings happened in rapid succession, where civilians, troops and police officers helping victims in the first blast were caught in the second explosion triggered by a suicide bomber.

Among the dead is an army general. It comes less than two weeks after Taliban gunmen attacked the American University in the capital.

According to Reuters, the militants have stepped-up their attacks against the local government following a brief lull after a U.S. drone strike killed their former leader Mullah Akhtar Mansour in May.

In a statement seen by CNN, Afghan President Mohammad Ashraf Ghani expressed his condolences to the victims’ families and condemned the acts of violence. “The enemies of Afghanistan have lost their ability to fight the security and defence forces of the country and thus attack highways, cities, mosques, schools and common people.” 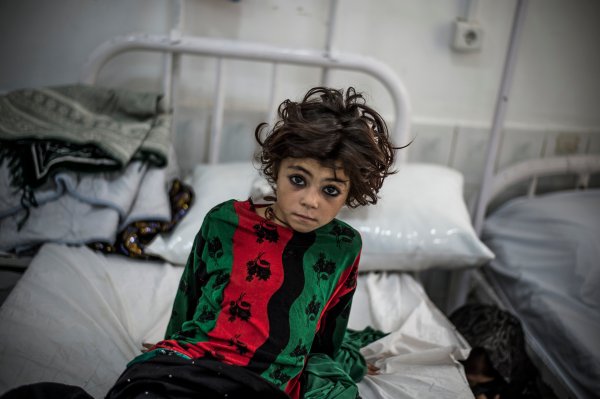 Inside One of Afghanistan's Largest Hospitals
Next Up: Editor's Pick