Explosion at Night Market in Philippines Kills at Least 12

At least 12 people were killed and dozens more wounded on Friday night in an explosion at a street market in Davao City, Philippines—the hometown of Philippine President Rodrigo Duterte.

The president was in Davao on Friday but was not hurt in the explosion, which occurred outside a hotel that Duterte frequently visits, Reuters reported, citing police officials.

“A thorough investigation is being conducted to determine the cause of the explosion,” said regional police chief Manuel Guerlan, according to Reuters. “We call on all the people to be vigilant at all times.”

Officials said the cause of the blast was not yet clear, and no one has claimed responsibility for it.

Earlier on Friday, Reuters reported, a spokesman for Duterte had addressed rumors of plot to assassinate him: “He eats that for breakfast, it’s not something new to him.” 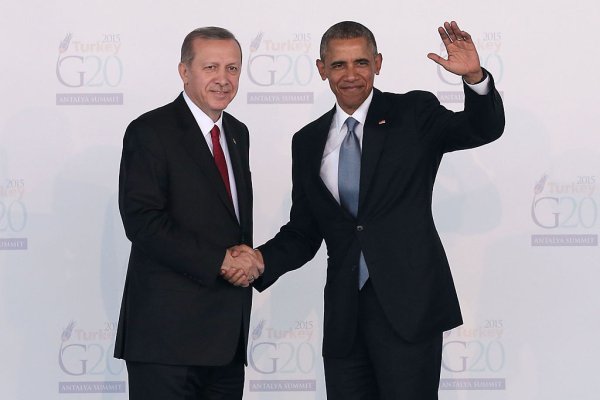 Obama and Erdogan Prepare for an Awkward Meeting
Next Up: Editor's Pick