Mother Teresa will become a saint at the Vatican on Sept. 4, on the eve of the 19th anniversary of her death.

Mother Teresa founded the Missionaries of Charity, a religious order dedicated to caring for the world’s poorest people, in 1950. She won the Nobel Peace Prize in 1979, and performed her first miracle in 1998 when she reportedly cured an Indian woman of a stomach tumor. Pope Francis recently declared the healing of a Brazilian man with a brain infection and kidney disease to be her second miracle; the Catholic church requires two miracles to qualify for sainthood.

Writing about the connections between Mother Teresa and Pope Francis, TIME’s Elizabeth Dias says, “It is no accident that he will canonize Mother Teresa during his declared Jubilee Year of Mercy, a dedicated time for Catholics all over the world to return to the church and experience God’s mercy anew. Just as Mother Teresa will be remembered from here on out as the Saint of the Jubilee, so will Francis’s works of mercy be ever marked by her mission.” 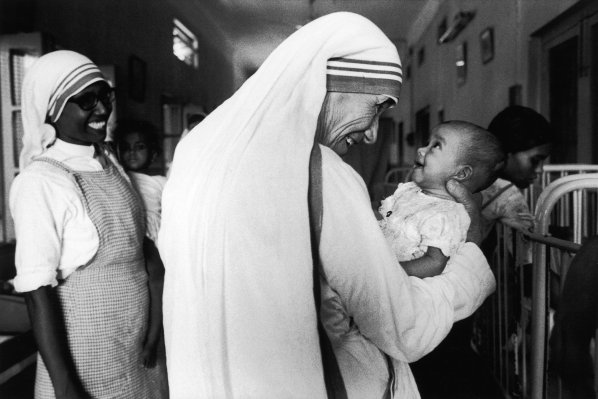 These Images Show the Power of Mother Teresa's Work
Next Up: Editor's Pick