Why You Should Ignore Your Gut Feelings About Free Trade

Daniel R. Pearson is a senior fellow at Cato and the former chairman of the U.S. International Trade Commission

Many Americans across the political spectrum find protectionist appeals to be deeply satisfying. Supporters of Donald Trump have responded to his claim that, “This wave of globalization has wiped out totally, totally, our middle class.” Hillary Clinton has sought to reassure workers by promising, “I will stop any trade deal that kills jobs or holds down wages, including the Trans-Pacific Partnership.”

Both Republican and Democratic economists are vexed by such anti-trade sentiments. They run completely counter to the reality that allowing unfettered exchange of goods and services provides the surest means of promoting economic growth. Policies should be designed to welcome imports into the country, not keep them out.

Why is there such a big disconnect between popular opinion and sound economics? The answer may be explained by millennia of human evolution.

Our ancient ancestors were hunter-gatherers who lived in small groups. Survival required looking out for the welfare of the clan. Tribal self-sufficiency was essential; there likely would have been no friendly outsiders to turn to in time of need. That background shaped today’s human gene pool, and our instincts still reflect that evolution.

Encountering people who were not members of the clan would have involved risks. However, if there was no need to fight or flee, trading could take place. One group might wish to exchange decorative cowry shells for some of the other group’s surplus arrowheads, for instance. If there was sufficient trust to allow such bartering, both tribes would come out ahead. The gains from trade were tangible.

Mankind in the 21st century still possesses a strong sense of group identity, although the groups (countries) tend to be much larger. Today’s citizens mostly are far removed from the actual exchange that occurs when transactions take place across borders. It can be difficult to see the gains that one’s own country makes from international trade, so it’s easy to assume that the other country is receiving all the benefits. This can prompt an intuitive reaction to restrict imports in the belief that doing so will support the “home team” and promote national self-sufficiency.

When considering trade issues, economists prefer to abandon reliance on visceral instinct and instead use thoughtful analysis. The reality is that key economic concepts can be counterintuitive. Certainly, that is true for two ideas that are central to understanding why free trade is so beneficial.

The first is that countries imposing import restrictions always will do more damage to their own economies than to the economies of exporting nations. Despite how fundamentally gratifying it may feel to impose a large import tariff on “unfairly traded” products from other countries, such a move will be economically self-defeating. Domestic producers of the goods in question may obtain a modest benefit from the import restriction, but that gain will be outweighed by the higher costs borne by domestic consumers. Countries at which the new import duties are aimed also will be hurt by them to a lesser degree. But their exporting companies still will have access to other global markets, and their consumers stand to benefit if an abundance of formerly exported goods causes prices to fall in the home market.

The second non-intuitive concept is comparative advantage. David Ricardo’s insight from 200 years ago was that nations would be wealthier if they didn’t try to be self-sufficient. Rather, they should allow their citizens to produce goods for which they enjoyed the greatest relative advantage; some of those goods would be exported. Then, to satisfy consumer demand, goods that could not be produced as efficiently at home would be imported. All countries are better off when they produce according to their comparative advantages.

In other words, restricting imports in an effort to punish another country is an inefficient and expensive way to conduct foreign economic policy. It is better just to accept the non-intuitive reality that trade—even unfair trade—increases national economic welfare.

But don’t imports cause unemployment? Economic growth creates jobs, and trade generates economic growth. A dynamic economy creates and destroys jobs all the time. Job losses are mostly due to technological change and automation, but also partly due to trade. If society wishes to provide help for those who become unemployed, policymakers should be clever enough to do so in ways that don’t restrict imports.

The United States has the world’s largest economy, but it isn’t the best producer of everything. People would do well to bury their tribalism and realize it is OK to buy and enjoy imports. When it comes to the politics of trade, Americans should resist their evolutionary tendencies toward self-sufficiency and instead allow open markets to work their magic.

A simple rule of thumb can serve as a guide to good trade policy: listen to what populist instincts are saying, then do the opposite. 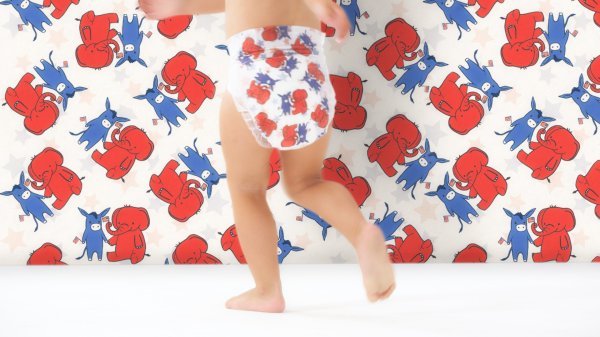