Why One Couple Risked Everything to Help World War II Refugees

On a frigid Sunday evening in the winter of 1939, the Reverend Waitstill Sharp had just wearily arranged himself in front of his fireplace when the telephone rang. His exhausting Sabbath had begun with his usual sermon, delivered to the Unitarian Society of Wellesley Hills, west of Boston, Mass. Then he led a confirmation class before spending the balance of the winter day trudging through the snow on personal calls to mostly elderly, housebound parishioners.

By nightfall Sharp was spent and loath to stir from the warmth and comfort of his hearth.

Waitstill finally answered what he would describe until the end of his life as the most momentous call he’d ever received.

Experience the story in VR: To watch the full experience and explore more exclusive virtual reality content download the LIFE VR app for iOS and Android or visit time.com/lifevr.

“Hello, Waitstill!” boomed a voice that Reverend Sharp knew at once. It was Everett Baker, vice president of the American Unitarian Association (AUA) and a member of his congregation. “Say,” he wondered, “has your day been too much that you and Martha can’t come over to talk with me?”

The summons was puzzling. Baker was the second most powerful figure in the national Unitarian Church. Waitstill Sharp was a rising star within the hierarchy, but at 37 he was comparatively new to the ministry.

“Why on a Sunday evening,” he wondered, “would the Bakers require Martha and me at their house on a moment’s notice?”

Martha Sharp, 33, Waitstill’s wife of 10 years, was equally clueless—and intrigued. She called a neighbor girl to come sit with their two children, 7-year-old Hastings and 2-year-old Martha Content, then headed out with her husband into the winter evening, both turning over in their minds what this urgent business might be.

He sat Martha and Waitstill down in his living room and announced that they were being invited by the “highest authorities of the church” to perform a unique and historic service. As soon as possible, Waitstill and Martha were to sail for Europe on an emergency relief mission to beleaguered Czechoslovakia, then menaced by Nazi Germany. Never in the AUA’s 114-year history, Baker told them, had American Unitarians reached out in this way.

The Sharps had been selected, as he described it, for “the first intervention against evil undertaken by the denomination.” Waitstill was savvy enough to recognize a sales pitch when he heard one. Still, as an ardent internationalist both by faith and personal inclination, he found the notion of a rescue assignment to Czechoslovakia compelling to contemplate. However, the obstacles seemed insuperable.

Foremost, there were their two young children and the congregation to consider. Moreover, neither of the Sharps knew anything of foreign relief work (especially in a potential war zone). Yet Sharp also bore the Nazis a deep personal enmity, and the sudden opportunity to act directly against the fascists, rather than just rail about them from the pulpit, was a powerful temptation.

“How many men have you offered this to?” Waitstill asked.

Baker shifted in his chair. “Seventeen,” he told Sharp.

“Ev,” Waitstill began again, “do I understand from you that I am the eighteenth choice?”

“Yes,” Baker replied, explaining that all the others had turned it down for fear of impairing their professional advancement, breaking up their families and the fear of entering into danger.

He and Martha listened intently as Baker explained how the idea for the mission had been born the previous autumn. The Unitarian leaders were shocked and outraged in late September of 1938 over the Munich Pact, in which the British and French formally ceded the Sudeten region of Czechoslovakia to the Nazis. The Munich Pact was yet another misguided gesture in British Prime Minister Neville Chamberlain’s policy of appeasing, rather than confronting, Hitler’s expansionism. Chamberlain (coincidentally a Unitarian) believed that appeasement would secure “peace in our time,” as he put it. Subsequent events would prove him tragically wrong.

The betrayal at Munich struck a deeper chord among the internationally minded directors of the AUA and many of the 60,000 U.S. Unitarians than it did among most of their fellow citizens. Domestic revulsion at the savagery and enormous costs of World War I had fed a strong strain of isolationist sentiment, led by such prominent voices as that of Charles Lindbergh, head of the America First movement. Moreover, the majority of Americans were too distracted by the protracted rigors of the Great Depression to care much about remote events across the Atlantic.

Very few U.S. voices were raised throughout the 1930s as Hitler consolidated absolute power in Germany, wove his violent anti-Semitism into the country’s civil codes, then began methodically to spread the Nazi virus to his neighbors. American Unitarians, however, took note and spoke out throughout the 1930s, regularly expressing themselves in the pages of the Christian Register, the Unitarian monthly journal. They condemned fascism in Spain, Italy and Germany, as well as the anti-Semitic rants of Father Charles E. Coughlin, the popular radio priest whose broadcasts were heard by tens of millions of U.S. listeners at the peak of his popularity.

Waitstill was eager to go, assuming, of course, that his wife would go with him. Missionaries, he reminded her, often leave their children. It was a touching expression of his love, respect and need for Martha. Yet he also was forcing her to choose between him and the children. She knew there would be consequences no matter how she decided. Although Martha had serious doubts, she shared Waitstill’s sense of responsibility, as she later wrote: “My husband and I felt that something should be done. Refugees in the Sudetenland had been murdered; people were being imprisoned and hurt.” Her greatest concern, however, was for their 7-year-old son and 2-year-old daughter: “I had never for one minute entertained the thought of leaving them.” Knowing that Waitstill wouldn’t go without her, she recalled being “torn between my love and duty to my children and to my husband.”

Encouragement and the offer of help from their community persuaded Martha to give her consent, but those who knew her were aware of the guilt that followed her into old age at the choice of service over family that she repeatedly made throughout her life. The hardship of being separated as a family took its toll. In addition to being apart from their children, the two were often required to work separately, sometimes countries apart. Their missions in Europe tested the Sharps’ marriage, which dissolved after the war, and their temporary absence had a lasting impact on their relationships with their children.

The Sharps knowingly took on tremendous personal sacrifice, risking the safety and security they had known in support of a morally just endeavor. Heeding the call to service they would spend two years working throughout Europe, completing valuable, life-saving missions that ranged from raising funds and securing life-sustaining provisions, to facilitating the transport of men, women, and children out of harm ’s way.

What they demonstrated by example when they accepted their mission was their fundamental belief that a moral imperative—to confront evil wherever it appears—should hold true not just for society, but for individuals as well. They persevered through terror and anger, joy, frustration, privation, tragedy and innumerable heart-stopping moments when lives hung in the balance. Through it all, they were buoyed by a fullness of spirit that only intensified as the threat of death lurked ever nearer. For them, it all came down answering one simple question that echoed throughout their years, “What are you going to do in your life that’s important?”

Adapted from Defying the Nazis: The Sharps’ War by Artemis Joukowsky (Beacon Press, 2016). Reprinted with permission from Beacon Press. 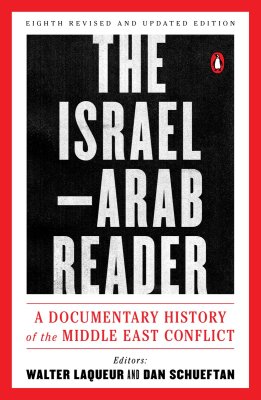 How 2 Muslim Leaders Are Fighting Back Against Extremism
Next Up: Editor's Pick