This Oil Fire in Iraq Has Been Burning for 3 Months

NASA’s Landsat 8 satellite first captured images of the black smoke plumes south of Mosul in early June. Since then, the fire has steadily continued to burn. The satellite images show the plume shifting with the winds up until the most recent image, taken on August 17th.

Different kinds of fuel and other factors, such as humidity and wind, produce different colors of smoke, said Ralph Kahn, an atmospheric scientist at NASA’s Goddard Space Flight Center. Natural gas fires produce grayish smoke while oil fires, like this one, burn black.

The fire appears to have multiple sources, most likely oil wells from the Qayyarah oil field, NASA reports. ISIS militants set fire to the wells before abandoning the town to be recaptured by the Iraqi military, Reuters reported on August 30th.

A resident, Abdel Aziz Saleh, told Reuters he wants Baghdad to put out the fires as soon as possible. “They are suffocating us,” he said. “The birds, the animals are black, the people are black. Gas rains down on us at night. Now the gas has reached the residential areas.” 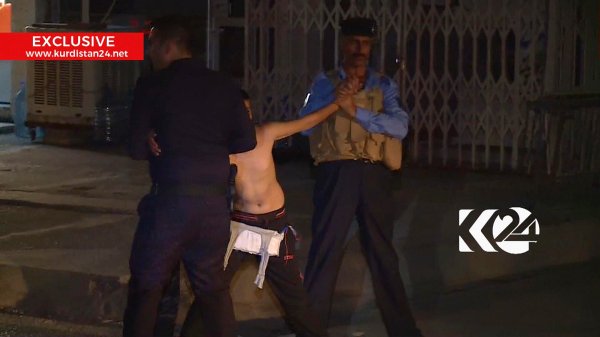