Republican presidential nominee Donald Trump speaks during a meeting with his Hispanic Advisory Council at Trump Tower in the Manhattan borough of New York City on Aug. 20, 2016.
Carlo Allegri—Reuters
By Tessa Berenson

Donald Trump often promotes his hard-line immigration stance by stoking fears about undocumented immigrants committing crimes. But the founder of Latinos for Trump has invoked a different demon: tacos.

NBC reports that Marco Gutierrez, a Mexican immigrant himself, said Thursday in a discussion of illegal immigration, “My culture is a very dominant culture. And it is imposing, and it is causing problems. If you don’t do something about it you are going to have taco trucks on every corner.”

Gutierrez’s comment came one day after Trump gave a new speech on immigration that called for creation of a deportation task force, suspending immigration from certain countries and creating an ideological test for potential immigrants.

This isn’t the first time tacos have been center stage in discussions of Trump and Latinos; the candidate himself memorably celebrated Cinco de Mayo this year by posting a picture of himself eating a taco bowl with the caption, “I love Hispanics!” 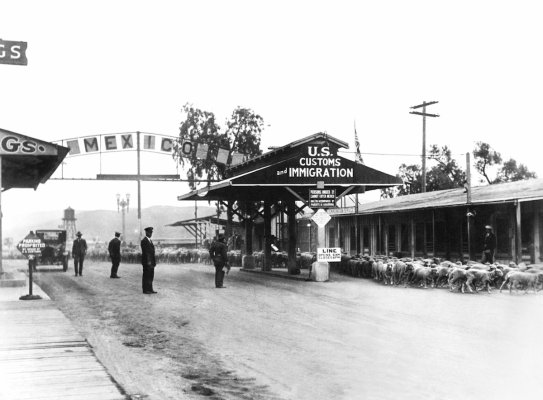 The Forgotten History Behind America's Immigration Debate
Next Up: Editor's Pick