Elon Musk has a thing for moving fast. Back in 2000, according to a story Musk told in an interview with technology journalist Sarah Lacy, he was driving along California’s Sand Hill Road in his McLaren F1 with Peter Thiel, his co-founder at PayPal. When Thiel asked, “So what can this do?” Musk replied, “Watch this” and floored the car so hard it entered a tailspin before spiraling into a crash.

Both men emerged unscathed and hitchhiked their way to a meeting with venture firm Sequoia Capital. But the anecdote has renewed relevance this week because of Lacy’s follow-up question: “Is there a parallel with how you build companies and that story?” “I hope not,” Musk said, laughing. “That could be awkward with a rocket launch.”

SpaceX has come a long way since Musk, 45, founded it in 2002. But Thursday’s explosion of a rocket preparing for launch marks another setback for the company, and for Musk. No one was injured in the incident, which SpaceX said originated in an oxygen tank while the rocket was being fueled a few days ahead of a scheduled launch. But millions of dollars in equipment was destroyed, including a satellite Facebook was hoping would bring Internet access to parts of Africa.

Facebook CEO Mark Zuckerberg, who happened to be in Africa at the time, posted an update saying he was “deeply disappointed” about the loss of the satellite, which could have helped his users there. Zuckerberg’s message seemed carefully worded to remain brusquely indifferent to SpaceX itself, focusing his lament on the damage to Facebook.

When launching rockets, failure is an all-too common and expensive risk. Last year, five of the world’s 86 total rocket launches ended in failure, including a SpaceX Falcon 9 that exploded two minutes after launch. Because of SpaceX’s high profile, its two failed launches in 15 months have drawn lots of media attention, heightening Musk’s reputation as a CEO who moves fast, even if it means breaking things — in spectacular fashion, in SpaceX’s case.

The SpaceX explosion is only the latest in a series of issues, both mechanical and financial, that has plagued SpaceX and Tesla, where Musk serves as CEO, as well as SolarCity, where Musk chairs the board and where his cousins serve as CEO and CTO. All three companies boast ambitious goals. SolarCity brings low-cost clean energy to the masses. Tesla aims to speed the transition to a sustainable-energy economy. SpaceX’s long-term goal is to make humans a multi-planetary species. Any one of these would be an audacious ambition for a corporate leader. All three at once may be a bit too much for any one human being.

That challenge doesn’t hinder Musk. Instead, it seems to spur him on. It’s like he’s sitting inside three racing cars at once – behind the wheel of two of them, a backseat driver in the third. Sometimes this leads to inspiring results, such as the breathtaking sight of a rocket landing agilely back on Earth after being launched to space. Other times it ends in a smoking wreck, as it did Thursday.

And yet, even this difficult trick is not enough of a challenge for Musk. He has consistently raised the bar for himself, by vowing a mission to Mars in two years, by angling to merge SolarCity with Tesla, and by doubling down on Tesla’s production goals. The problem for Musk in 2016 is, the bolder the goals become, the faster the crashes and glitches are coming.

Musk’s plan to merge Tesla and SolarCity has inspired more skepticism than encouragement among investors. The Wall Street Journal said this week that both companies are “facing financial crunches,” with Tesla planning to raise more money this year. Some investors see the tie-up as a bailout for SolarCity, which according to an SEC filing approached several companies about a buyout or investment but came up empty handed.

Integrating the companies could slow the amped-up production schedule Musk has set for Tesla. Musk is pushing to begin production of the $35,000 Model 3 by next July, a bold goal given the delays in production faced by the Model X SUV that Musk recently described as hellish and a result of the company’s hubris. The thing is, though, Tesla did overcome all of its production problems. It took longer than expected, but then again Tesla is also revamping the way cars are manufactured.

In other words, speed bumps are going to appear on the road to the future. And the bumps facing Musk’s companies, because of their high profiles, will draw attention. He may yet succeed. But right now, the setbacks and speed bumps are coming more frequently. But Musk seems happy to hit the gas pedal as he approaches them. 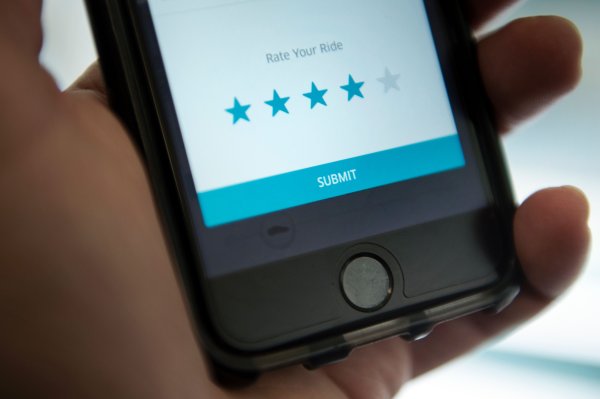 The Google-Uber Rivalry Is Seriously Heating Up
Next Up: Editor's Pick