Rihanna appears to have gotten a permanent shark tattoo on her leg, and according to the people on social media to whom this is revealing news, the shark could support the suspicion that she and Drake are dating.

The tattoo artist Bang Bang, who has inked Rihanna before, took to Instagram to share a photo on Thursday afternoon of his latest body art for the singer — a shark covered in a camouflage print. Because to some, this flat military sea creature looks a lot like that other shark Drake and Rihanna were recently pictured together with on Drake’s Instagram, following the MTV VMA’s.

Exhibit B: This colorful toy shark:

In addition to the billboard ad the rapper bought in honor of the singer’s MTV Video Vanguard Award, the Internet also believes he got her the stuffed toy. This shark news comes straight after the two were captured kissing, and now that the photo has surfaced, some fans who love love speculate that this is Rihanna’s way of saying that Drake means the world to her. (No one is considering that she’d rather have feelings for a shark than Drake to cause the Canadian man further public humiliation.)

For more on the history of their non-relationship relationship, see our exhaustive history here. 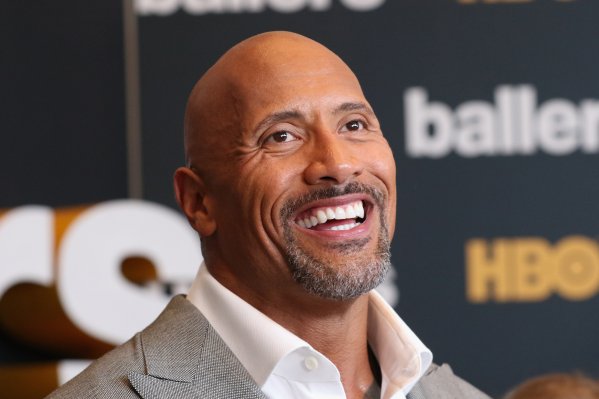 The Rock Debuts His Surprising New Look for 'Jumanji'
Next Up: Editor's Pick