A newborn baby western lowland gorilla looks up as it is held by its mother Honi during its debut at the Philadelphia Zoo in Philadelphia, Wednesday, Aug. 31, 2016. We don't know it's name yet, but it definitely won't be Harambe.
Matt Rourke—AP
By Julia Zorthian

After Honi, one of the zoo’s western lowland gorillas, gave birth on Friday, the zoo said the public could choose the young gorilla’s name in a contest. And with so much of the Internet devoted to keeping the memory (and now meme) of Harambe alive after the Cincinnati Zoo gorilla was shot and killed, the Philadelphia Zoo should have seen the response coming.

It was inundated with enough requests to name the gorilla “Harambe,” “Harambe Jr.,” or “Harambaby,” among other variations. Zoo employees soon clarified that the public cannot just come up with names; people have to pick from a list provided by the zoo once the baby’s gender is known.

“[We are aware] that people have an interest in naming this baby after another gorilla we’ve all come to know this past year, I totally understand where that’s coming from,” Amy Shearer, the Chief Marketing Officer for the zoo, told CNN. “We never announced we were having a naming contest…What we are having is a voting opportunity for the community once we have better determined the gender of the baby and have worked internally with the team that has cared for the pregnancy and birth.” 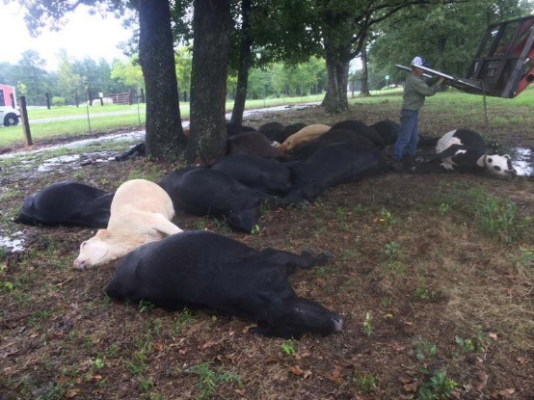 A Single Lightning Strike Kills Nearly 20 Cows in Texas
Next Up: Editor's Pick