JetBlue Sends 5-Year-Old on Wrong Flight, Leaving Mom to Fear He Was 'Kidnapped'

When Maribel Martinez arrived at JFK International Airport in New York on Aug. 17, she was expecting to pick up her 5-year-old son. Instead, she was told he had been placed on the wrong flight and she had to wait more than three hours while JetBlue employees located him.

“I thought he was kidnapped,” Martinez told the New York Daily News. “I thought I would never see him again.”

She and her son had taken a vacation in the Dominican Republic, but Martinez returned early and left her son, Andy, to stay with relatives, according to the Daily News. Martinez paid $100 for JetBlue employees to escort her son onto the plane, but staffers accidentally switched him with another 5-year-old.

Her son was sent to Boston, while the other boy, who was supposed to go to Boston, arrived in New York. Once JetBlue realized the mistake, the company returned both boys to their correct cities and gave Martinez a $475 refund plus $2,100 in credit for future flights.

“While the children were always under the care and supervision of JetBlue crew members, we realize this situation was distressing for their families,” JetBlue said in a statement. 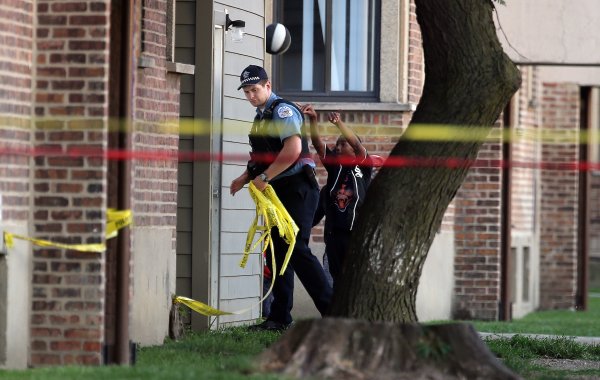 Chicago Just Had Its Deadliest Month in 2 Decades
Next Up: Editor's Pick