Mother Teresa will become a saint on Sunday, less than a year after Pope Francis certified her second miracle, a requirement for sainthood.

During her lifetime, she was often referred to as a “living saint,” winning the 1979 Nobel Peace Prize for her work with the Missionaries of Charity helping poor and sick people. However, Mother Teresa’s seemingly unbreakable bond with God was much more complicated than she let on in public. For nearly 50 years, she felt God had abandoned her.

Letters made public years after her death in 1997 revealed that Mother Teresa spent nearly half a century without feeling God’s presence, “neither in her heart or in the eucharist,” as TIME reported in 2007:

Mother Teresa was aware of the contradiction between her public persona and private feelings. She called her smile “a mask” or “a cloak that covers everything.” Her letters reveal she wrestled with the existence of God. In an undated prayer to Jesus at the suggestion of a confessor, she said she had no faith.

Such a lengthy crisis of faith becomes all the more significant as Mother Teresa is declared a saint. “I’ve never read a saint’s life where the saint has such an intense spiritual darkness,” Rev. James Martin, author of My Life with the Saints, told TIME in 2007. “No one knew she was that tormented.” 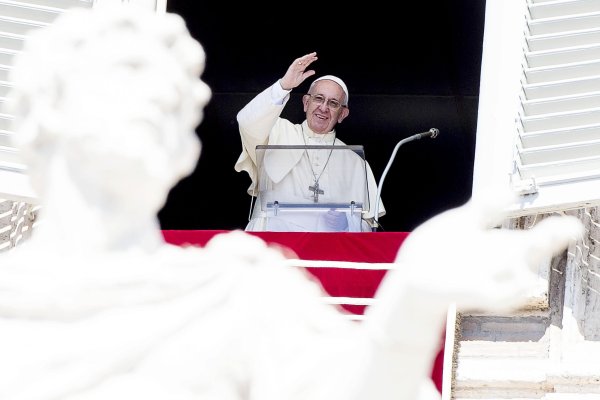 How Pope Francis and Mother Teresa Are Linked
Next Up: Editor's Pick