5 Things I’ve Learned From Being 'Ugly'

The first response I get when I tell people I’m ugly is often gentle, well-meaning disagreement. “No you’re not, you’re just… different” and, “everyone is beautiful in their own way” are just a few responses I get when I try to discuss appearance diversity.

See, I was born with a fist-sized tumour in the middle of my face and deformed legs. The tumour formed early during my development, subsumed my nose and pushed my eyes to the side of my head, like a fish. My legs were so damaged they required eventual amputation.

After two dozen operations to “fix” my face, it was obvious it would remain unfinished. My nose was wide and squished. There were dents in the side of my head where my eyes had been before being moved to the front of my face. And I had scars running across my face that looked like train tracks coming into Grand Central Station.

I’m comfortable saying that about myself, though, because I have realized how I look is part of me but not all of me. This realisation didn’t come fully formed when I was born. It developed over years of thinking, teasing, talking, friendship, bullying and love. These are some things I figured out along the way.

1. Ugliness is not the absence of beauty.

Ugliness is not the absence of beauty. It’s not in opposition to it. Ugliness is its own, wonderful thing.

Defining ugliness only in opposition to beauty narrows our sense of normal. A quick look at history shows that defining beauty in one particular way is just another fashion choice – apt to change with the seasons. Defining a person’s appearance only in terms of how it relates to that definition robs us all of a deep richness. Appearance is linked to identity and self-worth. Acknowledging the breadth of differences in appearances helps us acknowledge differences between people.

2. We can acknowledge differences in appearance without attaching value to them.

What we actually need to do is to remove the association between appearance and the set of characteristics assigned to it.

It sounds deceptively simple, but it must begin with people accepting that it’s OK to acknowledge each other’s differences and that those characteristics don’t come pre-loaded with a set of personality traits.

3. Beauty itself is a million points on a map.

Beauty is a contested space. Notions of what is or isn’t beautiful are constantly changing.

No one, except maybe supermodels, will win, however, if we define beauty as just one point on the end of a continuum with ugliness at the other. Beauty isn’t the end point of a treasure map; it’s actually a million different destinations, with a million different ways of getting there.

4. The way we talk about appearance robs kids of their natural acceptance.

Folks, I’ve got news for you: our kids are way ahead of us when it comes to this stuff. I talk to a lot of school groups about appearance and disability issues.

When I invite questions from them, pretty quickly I’ll get a question that goes something like this: “How has looking so different impacted your life?” When I answer that there have been tough times and fun times, but my looks haven’t defied all of my life and that everyone faces challenges, I get lots of knowing nods. Kids would call me out in an instant if I tried to tell them my appearance hadn’t had a huge impact on my life.

Questions from our kids about appearance matter. They are naturally curious about things that appear unusual. When they ask why someone looks different and we respond with “looks don’t matter that much,” we actually do that person a disservice by drawing a cloak of invisibility over their appearance.

Engaging kids in their genuine curiosity will encourage them to stay curious and remain accepting their entire lives.

If you try to separate me from my scars before even engaging me in a discussion about the issue, I may as well have never existed in the first place. 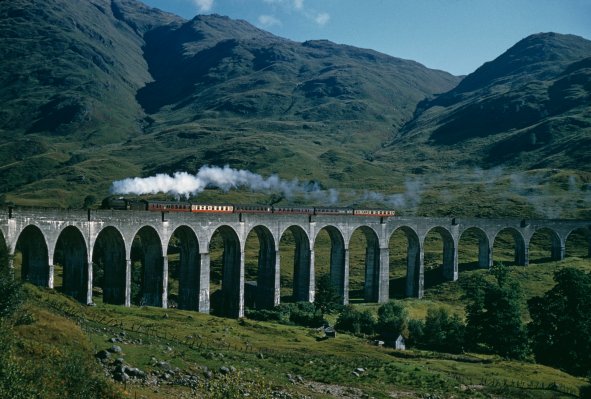 Here's How Muggles Are Celebrating "Hogwarts Day"
Next Up: Editor's Pick