An explosion hit a SpaceX launch site in Florida Thursday morning as the company was preparing for a test.

A SpaceX spokesperson said in an emailed statement that the rocket and the payload it was carrying were both lost. No injuries were reported. The incident comes in advance of a scheduled Saturday launch from the Cape Canaveral Air Force Station.

The routine launch was intended to send an Israeli satellite to space that Facebook had planned to use to beam internet to Sub-Saharan Africa. The explosion was followed by other explosions that lasted for several minutes, according to the report. The sky was covered in dark smoke.

NASA said in an emailed statement that the incident occurred shortly after 9 a.m. EDT and referred to SpaceX for further comment. “Kennedy Space Center Emergency Operations Center personnel are monitoring the situation and are standing by to assist if required,” said spokesperson Stephanie Martin in the statement.

“As I’m here in Africa, I’m deeply disappointed to hear that SpaceX’s launch failure destroyed our satellite that would have provided connectivity to so many entrepreneurs and everyone else across the continent,” said Facebook CEO Mark Zuckerberg in a comment. “Fortunately, we have developed other technologies like Aquila that will connect people as well. We remain committed to our mission of connecting everyone, and we will keep working until everyone has the opportunities this satellite would have provided.” 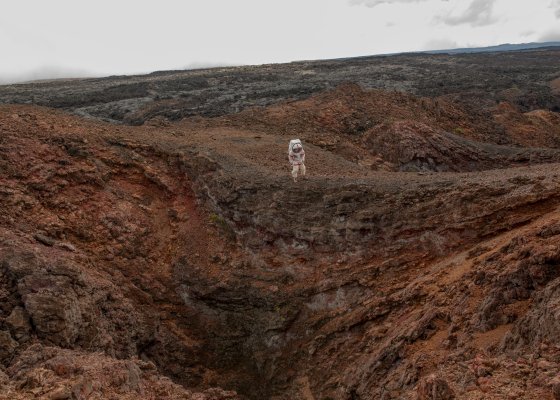 See the Martian Lava Fields of Hawaii
Next Up: Editor's Pick