A Florida judge was publicly rebuked for her treatment of a domestic violence victim this week, the Orlando Sentinel reported.

In July 2015, Judge Jerri Collins held a domestic violence victim in contempt and ordered her to spend three days in jail for failing to show up to court. When Collins asked the woman why she didn’t show up to court, the woman apologized and told Collins, while sobbing, that she failed to show up because she was struggling with depression and anxiety after the alleged abuse.

“You think you’re going to have anxiety now? You haven’t even seen anxiety,” Collins told the woman, whose alleged abuser was ultimately convicted of battery and sentenced to 16 days in jail. Video of the incident was made public in October.

This summer, the Judicial Qualifications Commission, which polices Florida’s judges, said that though it was within Collins’ purview to send the woman to jail, she handled the case inappropriately. The JQC said that she should take one course on domestic violence and another on anger management and be publicly reprimanded for her actions, which was televised on Tuesday.

“I cannot emphasize enough how intolerable your behavior was in this case,” Florida Chief Justice Jorge Labarga told Collins. “You berated and belittled a victim of domestic violence…You raised your voice, used sarcasm, spoke harshly and interrupted the victim.”

Collins said she agreed that she handled the case incorrectly. 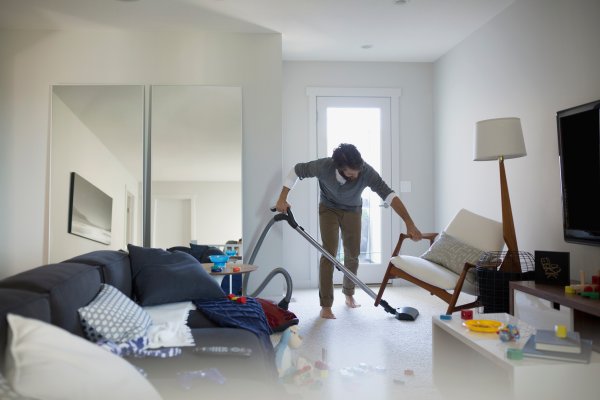 See Where in the World Guys Do the Least Housework
Next Up: Editor's Pick