Keys In the Song of Life

Alicia Keys has sung many songs about New York City, but she’s never released an ode to the Big Apple quite like “Gramercy Park.” The track, which she recently recorded as she prepares her upcoming and still untitled new album, is a marvel of a thing, with warm guitars and buttery vocals built around a hook that fits the star’s current mind-set like a glove: “Now you’re falling for a person who’s not even me,” goes the chorus. In a West Hollywood, Calif., recording studio, Keys cranks up the volume and grooves to the steady backbeat, a beatific smile on her face. “There were times where I didn’t even know who I was anymore,” she tells TIME. “I’d spent so much time trying to be who I thought you wanted me to be.”

Whether she’s referring to a specific person or the world at large hardly matters. For Keys, 35, this album is about returning to her true self. In photo shoots and appearances, she’s going makeup-free. At the intimate live concerts she’s been playing, she’s banned the use of cell phones to encourage her fans to be more present. She insists all of it has helped her make the best music of her career. “It was the craziest combustion of magic and energy,” she says. “Whimsical, spiritual, electric, thunderbolt-struck. Boom! Music is there. Boom! I’m on my knees on the floor, praying. It dropped from the sky. Everybody was there to receive it. Boom! There it was.”

That Boom! translates in the urgency of the new songs, which are gutsy, vital and raw. Keys’ voice flips from silky to rough and back again, while slick pop production has been traded for stomping percussion and tense strings. The lead single, “In Common,” is a gorgeously featherweight bit of tropical house, but the pained sentiment of the lyrics–“If you could love somebody like me/ you must be messed up too”–provides gravity. Other recent songs tackle subjects ranging from racism and poverty (a pounding anthem titled “The Gospel”) to the environment (the haunting “Kill Your Mama”). Bracing honesty is the unifying theme. “For so long, I was looking for other people’s approval,” Keys says. “I’ve never allowed myself to be vulnerable before.”

Keys has won 15 Grammys and sold 35 million albums since her 2001 debut, with a rare combination of sustained critical and commercial success. Yet she’s experimenting with a new direction both in the sound of her upcoming album and with her gig as a coach on the 11th season of The Voice (premiering Sept. 19), where she and Miley Cyrus will join longtime panelists Blake Shelton and Adam Levine. Why rock the boat?

Keys describes a personal and political awakening that she wanted to address with her new material. “You know all the sh-t I’m sick of?” she asks. “I’m sick of the way women are treated in the world. I’m sick of myself. I’m sick of putting myself in this box because I don’t want to say anything that’s going to be taken the wrong way. I’m sick of the way boys can’t paint their nails.”

Her new album is a chance to speak to issues of race and violence, now at the fore in America. Keys has children with her husband, the producer and artist Swizz Beatz, and the deaths of young black men at the hands of law enforcement feel especially raw. “No mother or father should watch their child be killed for no more reason than having on a hoodie,” she says, shaking her head.

It has also meant getting comfortable with uncertainty. Though Keys promises the album is coming this fall, it doesn’t have a confirmed sale date. She says she’s written over 200 songs, and hints at an unconventional release strategy for at least some of that material. Listening to it back in the West Hollywood studio, she seems just fine with that. “I’m a person that likes a bow on things. I like things to be completed,” Keys says. “But some sh-t’s just not going to have a bow!” Then she laughs, as though she has surprised even herself.

British–Sri Lankan hip-hop artist M.I.A. doubles down on her controversial politics with assists from Diplo, Skrillex and Zayn.

The prolific singer-songwriter’s latest project is an inspired collection of Ray Price covers.

The Canadian Vine star has proved that he’s radio gold with his catchy single “Treat You Better.”

On her sophomore set, Jillian Banks employs muscular beats and spooky vocals on songs about love, sex and empowerment.

The Tennessee-bred quartet offers an updated set of indie rock.

Moroccan-born Montana nabbed Drake for the lead single, with a track list rounded out by rap’s A list.

After a decade of label limbo, the vocal powerhouse is back with a new set of polished R&B-pop.

The Swedish siren burnishes her rep as the cool girl of EDM-pop with more moody dance anthems for the down-and-out.

The icon’s 12th solo studio album leans back toward rock. 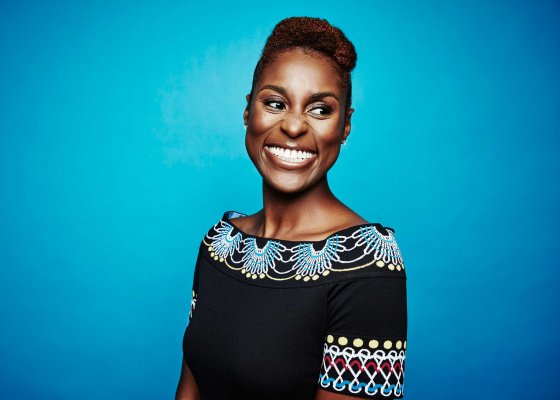