Now You Know: Which Came First, the Chicken or the Egg?

First of all, yes, a reader really did ask us this one.

At first we laughed a bit—who wouldn’t? But it turns out that this question is a classic for a reason. People have been asking it for thousands of years, and it contains more than a little history.

“It’s a charming problem because you want to dismiss it as a stupid question,” says Roy Sorensen, a philosopher at Washington University in St. Louis who has written on the question, “but you can see on reflection that we’re impatient with it, but it’s not a stupid question.”

First, let’s get the scientific answer out of the way. Eggs, generally speaking, existed before chickens did. The oldest fossils of dinosaur eggs and embryos are about 190 million years old. Archaeopteryx fossils, which are the oldest generally accepted as birds, are around 150 million years old, which means that birds in general came after eggs in general.

That answer is also true—the egg comes first—when you narrow it down to chickens and the specific eggs from which they emerge. At some point, some almost-chicken creature produced an egg containing a bird whose genetic makeup, due to some small mutation, was fully chicken. Given the incremental nature of genetic changes, locating that precise dividing line is pretty much impossible, but chickens were domesticated, diverging from their wild counterparts, sometime in the range of 7,000 years ago. Neil deGrasse Tyson has endorsed this idea of the not-quite-a-chicken bird laying the egg which would grow up to be a chicken, and Bill Nye agreed.

A few years ago a group of scientists did write about how a particular protein required for chicken egg shell formation was only found in chicken ovaries. That data was often reported as evidence that the chicken was first, but even the scientists whose study it was weren’t too convinced, with one of them calling the question “fun but pointless.” (When the Oxford English Dictionary gave it a go, exploring which word has a longer history, that method that yielded no definite answer.)

Perhaps the more interesting angle, then, is where the question originated—and what its answer’s evolution (no pun intended) reveals about the history of human thought.

The story starts in Ancient Greece. Aristotle was clearly thinking about this type of question, says Sorensen, though he escaped having to answer it by saying that both went infinitely backward and had always existed. An 1825 English translation of François Fénelon’s book on ancient philosophers described Aristotle’s perspective: “There could not have been a first egg to give a beginning to birds, or there would have been a first bird which gave a beginning to eggs; for a bird comes from an egg.”

It was Plutarch who gave the question its enduring form, “Whether the Hen or the Egg Came first,” writing of the “little question” that it “shook the great and weighty problem (whether the world had a beginning).” In the fifth century, one Roman scholar, Macrobius, wrote that people “jest about what you suppose to be a triviality, in asking whether the hen came first from the egg or the egg from the hen, but the point should be regarded as one of importance.”

Christian philosophers like Augustine and St. Thomas Aquinas spent time considering how to square Greek philosophers’ wonder and sage thinking with the certainty of their religious worldview, says Sorensen. After all, understanding the question based strictly on Genesis, the chicken would come first.

A few hundred years later, the Italian natural historian Ulysse Aldrovandi wrote briefly on the matter, revealing that the question was well-known but settled in the year 1600: “I pass over now that trite and thus otiose rather than curious question, whether the hen exists before the egg or vice versa. It is stated in the sacred books that the hen existed first. These books teach that animals were created at the beginning of the world; hence the hen did not come from the egg but from nothing.”

By the 18th century, however, things were changing. Denis Diderot, an important enlightenment thinker and editor of the Encyclopédie, did not see the question as quite so simple. “If the question of the priority of the egg over the chicken or of the chicken over the egg embarrasses you, it is because you suppose that animals originally were what they are at present,” he wrote in 1769. “What folly!” To Diderot, an animal’s past was as uncertain as its future.

Charles Darwin’s On the Origin of Species complicated the issue upon its publication in 1859, Sorensen notes. The theory of evolution made it clear that in some ways Diderot was looking in the right direction, but its emphasis on gradual change (and Gregor Mendel’s principles of genetic inheritance) produced the combination of certainty and mystery that continues to this day: the egg must have come first, but it can’t be said when. It’s a struggle to distinguish between one species and another given that there’s a lot of overlap as species slowly adapt.

Even as the science is pretty much resolved, philosophers continue to engage with the matter. Clearly, the question remains a fruitful starting-point for all sorts of meditations—including this one. 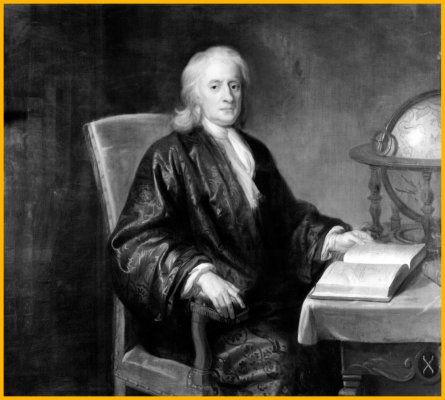 Now You Know: When Did People Start Saying That the Year Was 'A.D.'?
Next Up: Editor's Pick