Alicia Keys has sung many songs about New York City, but she’s never released an ode to the Big Apple quite like “Gramercy Park.” The track, which she recently recorded as she prepares for her upcoming and still-untitled new album, is a marvel of a thing, with warm guitars and buttery vocals built around a hook that fits the star’s current mind-set like a glove: “Now you’re falling for a person who’s not even me,” goes the chorus. In a West Hollywood, Calif., recording studio, Keys cranks up the volume and grooves along to the steady backbeat, a beatific smile on her face. “There were times when I didn’t even know who I was anymore,” she says. “I’d spent so much time trying to be who I thought you wanted me to be.”

Whether she’s referring to a specific person or the world at large hardly matters. For Keys, 35, this album is about returning to her true self. In photo shoots and appearances, she’s going makeup-free. At the intimate live concerts she’s been playing, she’s banned the use of cell phones to encourage her fans to be more present. And she insists all of it has helped her make the best music of her career. “It was the craziest combustion of magic and energy,” she says. “Whimsical, spiritual, electric, thunderbolt-struck. Boom! Music is there. Boom! I’m on my knees on the floor, praying. It dropped from the sky. Everybody was there to receive it. Boom! There it was.”

In an interview for the issue of TIME on stands Sept. 2, Keys—who’s just embarked on a brand new chapter of her career as a coach on the 11th season of The Voice, premiering Sept. 19—opened up about her process in these recent recording sessions, how a list of frustrations inspired her new material and why you should put your phone away.

This is the most honest she’s ever been in her music. “For so long, I was looking for other people’s approval,” she says. “I’ve never allowed myself to be vulnerable before.” In new songs like the haunting “Kill Your Mama” and the pounding anthem “The Gospel,” her lyrics explore themes ranging from institutional racism to the environment—but she’s also not afraid to interrogate her own faults. “There’s certain lessons in our lives that we’re going to keep experiencing until we get it right,” she says. “I’m a rescuer—a terrible rescuer. I want everybody to be good. I want everybody to be happy.” This period in her life, she says, has been about leaning into those imperfections. “Look—some of it’s not going to be okay,” she says. “Everything’s not going to be good. What is the most important thing? That you’re conscious and aware of yourself.”

Her new material was inspired by a lengthy list of frustrations she felt needed addressing. After parting ways with her management, Keys let her longtime friend and business manager, Erika Rose, help direct her career. “She asked me if I was ready to make the record I was born to make,” Keys says. “She was like, ‘Bob Dylan. Nina Simone. Bob Marley. Marvin Gaye. That type of record.’ We started to get to this place where I was able to verbalize this list of things I wanted to write about.” What made the cut? “You know all the s–t I’m sick of? I’m sick of the way women are treated in the world. I’m sick of myself. I’m sick of putting myself in this box because I don’t want to say anything that’s going to be taken the wrong way. Every time anyone asks me a question, I have to perfectly craft [my response] so it offends no one. I’m sick of that s–t, too! I’m sick of the way boys can’t paint their nails. I’m sick of the bulls–t stereotyping that we do to people.”

Her no-phones policy at shows is all about preserving the experience for fans. Since she began performing her new material live in small venues—like the Highline Ballroom in New York City and the Troubadour in Los Angeles—she’s introduced a system by which fans have to check their phones at the door, meaning no Snapchatting the entire show. She insists it’s the best way to take in a concert. “They want to be there with you,” she says of the audience. “You want to be there with them. You’re singing. Every time you say scream, they scream. Their hands are in the air. They’re closing their eyes. They start crying. It’s spiritual! It’s like a church!”

When it comes to her release strategy, expect the unexpected. “We’ve created at least two hundred songs,” Keys says. “There’s going to be a way that they’re experienced that’s going to be different from any other time I’ve ever given people music.” That said, she’s loath to keep her fans waiting. “I swear I never meant to take this long,” she says. “I think that’s going to change now.”

For more with Alicia Keys, pick up the issue of TIME on stands Sept. 2. 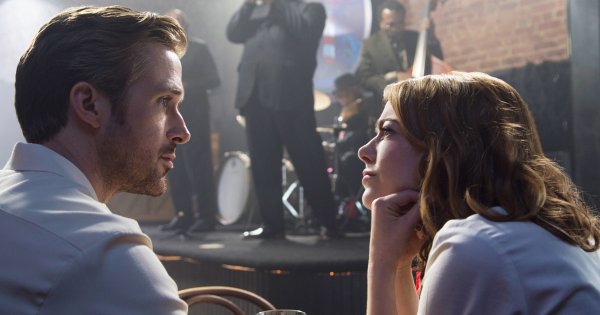 Do You Hate Musicals? The Dazzling La La Land Could Change That
Next Up: Editor's Pick