It’s a most peculiar war: rarely has the U.S. been killing so many while risking so few. The U.S. is beating ISIS handily, judging by Vietnam’s body-count metric. The total number of ISIS battlefield deaths claimed by U.S. officials has jumped, from 6,000 in January 2015 to 45,000 last month—a bloodbath for an enemy force estimated to number about 30,000. Three U.S. troops have died. That’s an eye-watering U.S.-to-ISIS “kill ratio” of 15,000-to-1. “We’ve got good momentum going,” General Joseph Votel, chief of U.S. Central Command, who is overseeing the war, said Tuesday. “We are really into the heart of the caliphate.”

But some of his predecessors disagree. James Mattis, a retired Marine general who commanded Central Command from 2010 to 2013, says the war on ISIS is “unguided by a sustained policy or sound strategy [and is] replete with half-measures.” Anthony Zinni, a retired Marine four-star who held the same post from 1997 to 2000, says he doesn’t think he could do so today. “I don’t want to be part of a strategy that in my heart of hearts I know is going to fail,” he says. “It’s a bad strategy, it’s the wrong strategy, and maybe I would tell the President that he would be better served to find somebody who believes in it, whoever that idiot may be.”

Institute for the Study of War

Day after day, American warplanes, sometimes joined by allies, have been attacking individual ISIS targets, down to backhoes and foxholes. ISIS has lost 40% of its Iraqi territory, the Pentagon says, and 5% in Syria. It doesn’t seem to have lost any of the terrain it has staked out on the internet. That’s slow progress by a 27-state military alliance against a two-year-old rump state.

The U.S.-led war against the Islamic State is entering its third year (eclipsing the time the U.S. spent fighting World War I). In part, that’s because it’s a small-bore campaign: the U.S. is spending $4 billion a year, equal to a third the cost of a single aircraft carrier (planes not included). “Employing an anemic application of force relative to previous air campaigns has yielded the Islamic State time to export their message, garner followers, and spread their message,” says David Deptula, a retired Air Force lieutenant general who planned the 1991 bombing campaign that all-but-drove Iraqi forces out of Kuwait. “A comprehensive strategy to rapidly decompose the Islamic State is still lacking.”

On the ground—the only way to retake territory—the hapless Iraqi army, Kurdish forces, and a motley medley of Syrian rebels are spear-heading the fight. U.S. troops alongside them (about 5,000 in Iraq, and 300 in Syria), serve primarily as advisers, in another unfortunate echo of Vietnam. ISIS continues to hold on to its key centers of gravity: its self-declared capital in the Syrian city of Raqqa, and Mosul, Iraq’s second-largest city, 300 miles away. “I’ve talked to some U.S. generals who are really frustrated—they could be in Raqqa in a week,” Zinni says. The U.S. is “losing credibility and they’re actually encouraging the enemy because they’re able to hold the ground for years now.”

But bombs or ground troops, by themselves, can’t cure ISIS or whatever radical group springs up to replace it. “Proposals to escalate or accelerate the campaign in Iraq and Syria in order to hasten the Islamic State group’s defeat would accomplish a lot less than commonly supposed,” says Stephen Biddle, a military analyst at the Council on Foreign Relations who advised then-general David Petraeus on Iraq from 2007 to 2009. “The problem isn’t taking Mosul or Raqqa—it’s what would come afterward. Stabilization is unlikely without an investment vastly larger than most Americans will support.” The U.S. has spent $3 trillion and nearly 7,000 lives trying to bring stability to Afghanistan and Iraq, with little to show for it. (For his part, Petraeus, who ran Central Command from 2008 to 2010, only acknowledges that “we’re waging war in a way that is somewhat unique.”)

ISIS’s tenacity is the oxygen that gives life to would-be jihadists around the globe, pumping violence into places like Britain, France, Germany and the U.S. The significance of Tuesday’s killing of ISIS strategist Abu Muhammad Adnani, apparently in a U.S. drone strike, marks a clear blow to the jihadists. But there are others, waiting in the wings, eager to replace him, U.S. officials say.

Current U.S. commanders say their progress is limited by the lack of local ground forces to retake territory from ISIS. They estimated from the start that the fight could take at least three years, winning credit for candor that was MIA when the U.S. invaded Afghanistan in 2001 and Iraq in 2003. U.S. officials say the anti-ISIS forces are making slow, but steady, gains, and an offensive to retake Mosul may begin by year’s end (originally, the Pentagon had penciled in April 2015 for the effort to retake northern Iraq’s largest city).

Part of the challenge is the Gordian knot that the Iraq-Syrian theater has become. ISIS sprang from the now-five-year-old Syrian civil war, which has killed 400,000 and displaced 10 million. Nearly half have fled the country, fomenting unrest across Europe. Iran and Russian back the government of Syrian President Bashar Assad—a fight the U.S. has resolutely refused to enter (even after Assad, despite a warning of a “red line” by President Obama, used chemical weapons on his own people in 2013). “At the end of the day, our current U.S. policy in the region has failed expensively and shredded our credibility,” says Barry McCaffrey, a retired Army general says retired Army general Barry McCaffrey, who led an Army division into Iraq in 1991’s Gulf War.

With more than a dozen air forces overhead, and about 1,000 armed factions on the ground, the risk of crossfires and mistaken shoot downs is ever present. Don’t think that doesn’t pre-occupy U.S. military planners. Given the death-by-fire of Jordanian pilot Moaz al-Kasasbeh at ISIS hands last year after his F-16 crash-landed inside the self-declared caliphate, the U.S. is going to great lengths to keep its ISIS-fighting troops safe. U.S. domestic political pressure to smash ISIS would surge following any such capture and torture of a U.S. pilot or commando. That’s why robust combat-search and rescue teams are on alert whenever U.S. warplanes fly in harm’s way, and why the U.S. military is training its forces to elude capture and escape from “a typical remote Iraqi/Syrian village.”

The U.S. has big goals for a small-scale war. Washington sees its mission as destroying ISIS, helping negotiate an end to the Syrian civil war, and keeping the lid on the historic rivalry between Islam’s Sunni and Shiite branches. Iran and Russia back Syria’s Assad. Saudi Arabia and Turkey want him gone. But Turkey is a problematic NATO ally that views Kurdish separatists, a key U.S. ally in the ISIS fight, as a bigger threat than ISIS. The U.S. is backing four major rebel groups with air strikes: the Iraqi army, moderate Syrian rebels, and separate Kurdish forces in Iraq and Syria. But crushing ISIS helps Assad, fueling the civil war, and bolstering Kurdish fighters angers Turkey, which believes some are allied with a Turkish Kurdish group responsible for terror attacks inside that country.

All this, rightly or wrongly, has tied U.S. hands. “There is no political will in the White House to even listen to serious recommendations from military commands,” says Derek Harvey, a retired Army military-intelligence colonel who spent much of his career in Iraq. “The original strategy explained by the President was barely adequate and even that was not resourced or executed well.” While Obama’s go-slow approach loses its lease in January, neither Hillary Clinton nor Donald Trump has detailed a replacement. “First and foremost are we going to be decisive and have some balls, or just continue to try to manage conflict to unacceptable ends,” Harvey adds. “If not the former, then we should not play in the sandbox.”

As the long-awaited showdown to retake Mosul looms, cracks are appearing in the allied front. Iraq’s parliament voted to oust Defense Minister Khaled al-Obeidi on corruption charges Aug 25. In recent days, it has become clear that the Qayara air base south of Mosul that is supposed to be a major launching pad for the assault was almost completed destroyed by retreating ISIS fighters in July. And Kurdish forces—long lauded as the best fighters in the region—are hungry. “The Peshmerga are not getting enough calories to keep them in the field,” Army Lt. Gen. Sean MacFarland said Aug. 10 as he wrapped up his 11 months in charge of the ISIS fight. “We’re very interested in making sure that they have enough food just to carry on the fight.” Such news could well delay the Mosul fight into 2017.

“Doing nothing would be far preferable to this mess,” says Daniel Bolger, a retired Army three-star who commanded troops in both Afghanistan and Iraq before retiring in 2013. He plucks a quote from the military history he teaches at North Carolina State University, when asked about current U.S. strategy. It comes from a French general after he witnessed the doomed charge of the British Light Brigade against the Russians in the Crimean War in 1854: “It is magnificent, but it is not war,” Pierre Bosquet said. “It is madness.” 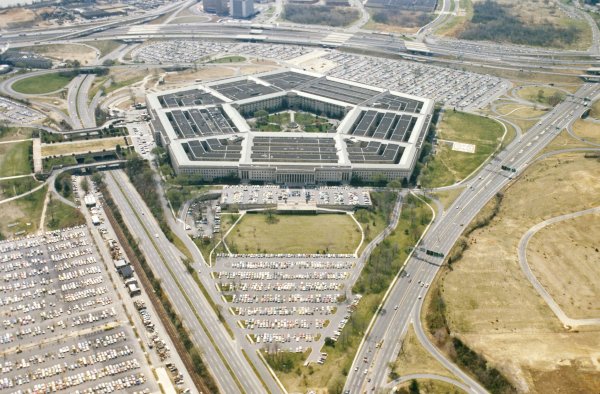