What 9/11 Taught Us About Helping Trauma Survivors

Bob Beckwith, retired firefighter who stood next to President George W. Bush at ground zero, stands next to a piece of steel from the World Trade Center, during a ceremony outside the Fox News studios to mark the beginning of the piece of steel's journey from New York City to Gander, Newfoundland in Canada, in New York City on Sept. 6, 2016.
Drew Angerer—Getty Images
Ideas
By Joan Cook

Fifteen years ago, the world watched as terrorists hijacked American airplanes on Sept. 11, 2001, causing the deaths of thousands. Research on the 9/11 attacks is impressive. We learned so much about the pragmatics of mass terrorism—like how to establish clear lines of communication when phone service and cable lines are down or unreliable, and what to do when avenues of evacuation or closest medical facilities are blocked. But as a psychologist, I’m most fascinated with the lessons we learned regarding the mental health aftermath of mass casualty events.

There’s nothing that can be done to take away the lasting depth and sting of 9/11 pain, but it is worth noting that future trauma survivors will benefit from the knowledge, attitudes and skills so many of us gained from the events of that fateful day.

The immediate psychological effects were not limited to Ground Zero, the Pentagon or Shanksville, Penn. Elevated emotions reverberated throughout the U.S. and the rest of the world. Many of us experienced what could be called sub-threshold symptoms—not enough distress to diagnose clinical disorder but sufficient to temporarily interfere with functioning. We felt angry, jittery, afraid and sad. We had difficulties concentrating and sleeping.

But the physical and mental health burden of this event were understandably heaviest and most substantial in those highly exposed populations—those who evacuated, lived or worked in close proximity to the World Trade Center and the Pentagon, those who lost loved ones and first responders, including rescue, cleaning and recovery workers.

First responders and recovery workers had unusually prolonged and severe exposure to the former World Trade Center site—caught in the dust and debris cloud, exposed to a variety of airborne toxicants. In the days, weeks and months that followed 9/11, those men and women worked at the pit, and at the Staten Island landfill, the main wreckage depository. Although nearly 70% of them never met criteria for PTSD, many were highly symptomatic years later. Those who started working on the site at an earlier date and those who had worked there the longest were at particularly high risk.

One study that assessed almost 11,000 World Trade Center responders over an eight-year period indicated that the pathways of PTSD symptoms varied and could be dynamic over time. This essentially boils down to the fact that there is no one size fits all trajectory of mental health functioning after a traumatic event, and that the answer to whether someone gets PTSD after such exposure is not a simple yes-no dichotomy. There were those who were resistant or resilient in their emotional functioning—they have minimal to no symptoms after trauma and stay that way over time. There were those who were subsyndromal, meaning that they eventually had mild to moderate symptoms over time. There were those who had chronic elevated emotional distress shortly after 9/11 and then wore the disorder like a thick dark cloak for many years. And there were those who had delayed dysfunction—they might not have had major disorder right away but slowly their symptoms increased in frequency and severity and their functioning became more and more impaired.

We also learned that these pathways are uniquely associated with factors that occur before, during and after trauma as well as external forces. The dose-duration of trauma exposure (how much you experienced and for how long), trauma-related medical conditions (in the case of 9/11, things like asthma, sinusitis and gastroesophageal reflux disease) and prior psychiatric problems were most strongly related to the pathways that included PTSD. There were also what is called protective factors—those that act as a thick coat of armor against experiencing emotional distress. These things include higher levels of education and family and work support.

We now know much more now about how to swiftly and sensitively implement programs to meet the needs of trauma survivors and their families. We know that prevention, screening and treatment efforts should be targeted to those at high-risk of distress particularly those with high levels of trauma exposure and trauma-related medical morbidities. Screening for significant distress could be particularly directed toward individuals who have experienced severe traumatic exposure and those have a history of prior psychological difficulties. Helping individuals to seek help from and build healthy social support networks may serve not only as a powerful buffer against distress but as a key component of cure.

The burden of negative physical and mental health problems from 9/11 was enormous. Never before had we witnessed the magnitude or the aftermath. It’s small consolidation to say we now know how to better react to trauma in the future. There’s no doubt we’d rather these attacks and devastating loss of life never occurred. 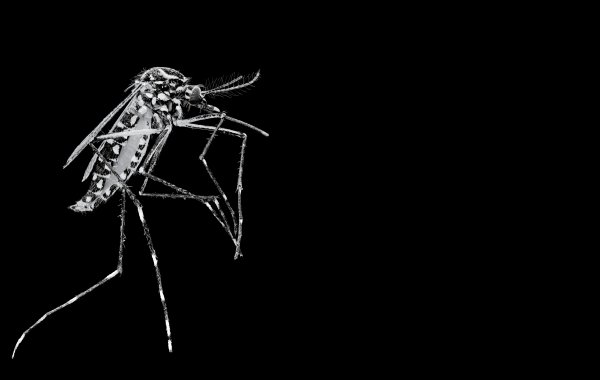 How to Cure Our Nation’s Ailing Public Health System
Next Up: Editor's Pick