First Identical Twin Puppies Have Been Born in South Africa

An Irish wolfhound has given birth to what are believed to be the first identically genetic puppies in history.

Veterinarian Kurt de Cramer was performing a Caesarean section on the dog in South Africa’s Rant en Dal Animal Hospital in Mogale City when he noticed that she had an unusual bulging by her uterus, the BBC reports.

He was shocked to find two foetuses attached with umbilical cords to the same placenta, which he then successfully delivered along with five other puppies.

The puppies are of the same gender, with very similar markings, which led de Cramer to believe they were identical twins. Reproductive specialists then confirmed his suspicious by obtaining blood samples from the twins when they were two weeks and then six weeks old.

Although this is first recorded case of a monozygotic pair of puppies, as DNA tests are not typically performed on dogs even when puppies look strikingly similar, it is difficult to know how rare it is.

In the past, identical twin foetuses have been reported in horses, but none have survived. 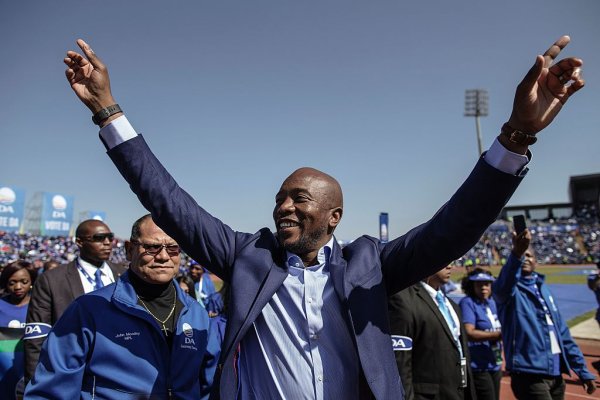 The Party of Nelson Mandela Faces an Uncertain Future
Next Up: Editor's Pick