Why College Is a Risky Time for Students' Mental Health

Dana hadn’t had any prior experiences with mental illness when her son Oliver went back to school at Kenyon College, but just three weeks into his winter semester he suffered from a mental break.

The signs were there. As a student athlete, Oliver was still participating in the school’s track program, but after he’d retreat to his room instead of heading off to class. He wasn’t hanging out with friends and stopped answering calls from his mom. And soon after, he recalled in a conversation with TIME, he started to hear voices. “I started forming these out-there ideas,” says Oliver, who asked not to include his last name. “I starting thinking a neighbor in my dorm was trying to kill me.”

Because Oliver was 18, his mother wasn’t immediately notified about the change in his behavior. His friends and dorm mates were also ill-informed about the warning signs of a pending mental health crisis, so Oliver says there was no formal intervention until he got into an argument with members of the school’s lacrosse team. After that incident, he was admitted to a hospital and later transferred to its psychiatric ward. And it was then, despite trying to reach out to Oliver on a number of occasions and calling his track coach, that his mother became aware of his problem. “I didn’t receive any information until the hospital called me,” she says.

What happened to Oliver and Dana is not at all uncommon. Though mental illness may not be at the forefront of parents’ and students’ minds when they go off to college, young adulthood is a critical period for mental health. Seventy five percent of mental illnesses are onset by age 24 and 43.8 million adults, about one in five, experienced a mental illness in 2012, according to the Substance Abuse and Mental Health Services Administration. And yet the experiences students and parents have in dealing with mental illness can vary greatly from campus to campus, making it important for people to gain knowledge about what to expect, and what to look out for, imperative.

Marjorie Baldwin’s son David was diagnosed with schizophrenia while he was in college, but when he first started exhibiting symptoms, she thought he was experimenting with drugs. But because the school he attended was two hours away from their home, David’s friends were the ones who stepped in during a psychotic episode and decided to call the police. “I think one thing that university students in general should is know the signs because for schizophrenia, at least, that’s the time when it develops,” Baldwin told TIME. “It’s their friends who may notice the symptoms and are able to step in.”

On Wednesday, the National Alliance on Mental Illness, in partnership with the Jed Foundation, released a guidebook for students and parents that outlines warning signs for mental illness, resources available to students, and information parents need to know about getting access to their children’s health information. Their goal is to spark conversations between students and families around mental health issues, while also equipping folks with the tools they need to intervene or seek help if necessary.

“We are not talking enough about mental health,” says says Darcy Gruttadaro, the director of advocacy and public policy at the National Alliance on Mental Illness, or NAMI. “Unfortunately it’s still a taboo topic.”

Sonia Doshi recently graduated from the University of Michigan where she made working to erase the stigma that surrounds mental illness a personal goal. As a student advocate, she hosted an event called “Mental Health Monologues” where a small group of students shared their personal experiences with mental illness—from obsessive compulsive disorder to depression to post-traumatic stress disorder. She made a point to include the voices of people who are parts of heavily stigmatized communities including students of color, student athletes, and those under high academic stress who may feel a pressure to appear as if all is well. After her first show, when her parents wondered aloud to her why they didn’t treat visiting a therapist like going to the doctor, she knew they were on to something. “In the Indian community, and communities of people of color in general, mental health is not talked about in an open way,” she says. “Just to hear them say that made me feel like we were doing some good.”

Awareness around mental health on college campuses has increased in recent years, in part because of a spate of high-profile suicides and tragedies that have centered around mental health crises. One of the worst cases was the massacre at Virginia Tech University, where a gunmen shot and killed 32 students and faculty and committed suicide. It was later revealed that as a student, the gunmen sought on-campus mental health services three times but was not treated effectively.

But mental illness occurs across a spectrum, all aspects of which are represented on our nation’s campuses. According to the Center for Collegiate Mental Health located at Penn State University, which collects data from students who interact with mental health services on campus, anxiety, depression ,and academic stress are the main issues that drive young people to utilize those services.

“College is a stressful time and it’s a major transition time in life,” says Gruttadaro. “Students are under high amounts of stress and their also exposed to a culture that they may have been sheltered from of drinking and marijuana use. There’s a lot of social pressure and a lot of academic pressure.” There’s also evidence that those who need counseling do not always get it. A survey from the American College Health Association found that while students report suffering from significant bouts of anxiety and depression, only 12% went to counseling. About 15% of students who commit suicide, the report found, got counseling on campus.

The Center for Collegiate Mental Health’s most recent report, released in 2015, did find an increase in students seeking mental health services over the past six years, which Gruttadaro says is a good sign. In fact, the study shows students are making counseling appointments at a rate seven times greater than the rate of enrollment at institutions. The report also found a steady increase in self harm among students who sought out services—32.9% of the students seriously considered suicide in 2015, compared to 23.8% in 2010. The increased utilization of mental health centers on campus, says Ben Locke, the executive director of the Center for Collegiate Mental Health, shows that federal intervention efforts like the Garrett Lee Smith Memorial Act, which funds to suicide prevention programs, have worked in getting people referred to facilities that can help them.

“What we know is they’re walking in the door,” says Locke. “It’s not clear how or why they’re getting there at increased levels.”

While students are able to get referred to services, what they receive when they get there varies; many schools lack the resources to help all students that need help. In Oliver’s case, his mother says he had an appointment to see a counselor, but the facility was far away from his dorm and he never went. Earlier this year, legislation was introduced in Congress that would increase funding for mental health services on college and university campuses.

At Michigan, while the monologues helped foster conversations, they also helped Sonia realize the importance of mental health awareness among her peers. After, some students looked to her as expert, expressing worry that they didn’t know how they would respond if someone they knew told them about their experiences. “If we make everyone a first responder on our campus for mental health crisis that could really do something to change the environment,” she says. NAMI’s new guidelines hope to give students and parents the tools to help one another in a more effective way.

Dana says had something like this existed for her son, who’s doing well now—and getting mostly A’s at a community college in their area—she can’t help but wonder if his episode would have been intense as it was.

“If we had known the warning signs and what to look for it could have been different,” she says.

Correction: An earlier version of this post misstated when Oliver began to show signs of mental health problems. It was after returning from the winter break. 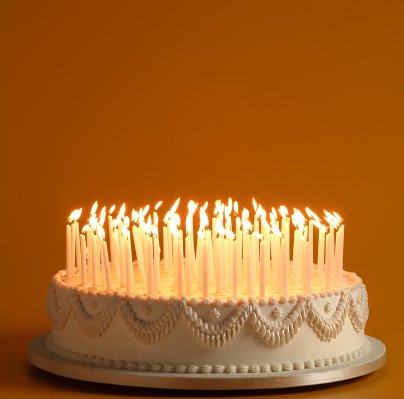 Old People Are Happier Than People In Their 20s
Next Up: Editor's Pick