Why Disney Decided to Make Moana the Ultimate Anti-Princess

Partway through Moana, an animated musical due out Nov. 23, the titular character’s traveling companion, a tattooed demigod named Maui (voiced by Dwayne “The Rock” Johnson), refers to her as a princess. “I am not a princess,” Moana says. “If you wear a dress and you have an animal sidekick, you’re a princess,” he counters. But Disney’s latest heroine, a 16-year-old Polynesian voiced by newcomer Auli’i Cravalho, puts an end to this mansplaining. She doesn’t do it with a witty retort; instead she does it by navigating the ocean, defeating a pissed-off lava monster and saving the world with a dimwitted pet chicken in tow.

The newest Disney character to join the ranks of Belle and Ariel is, in fact, just what she says she is: a heroine. That’s the point, say directors Ron Clements and John Musker, who helmed such classics of the genre as The Little Mermaid and Aladdin. “We saw this as a hero’s journey, a coming-of-age story, in a different tradition than the princess stories,” says Clements. Adds Musker: “I don’t know that any of the other princesses we’ve been involved with we’d describe as badass.”

The idea for an animated feature set in the Pacific Islands was conceived five years ago by Musker, who was inspired by the novels of Herman Melville and Joseph Conrad and paintings by Paul Gauguin. Recognizing that all of these perspectives on the region came through the eyes of westerners, he began a deep dive into Polynesian mythology, culminating in a trip, along with longtime partner Clements, to Tahiti, Samoa and Fiji.

During the trip, Musker and Clements rendezvoused with archaeologists and linguists, choreographers and village chiefs. By the time they left, a central theme was beginning to come into focus: navigation. “We learned about dead reckoning, where they sailed by their knowledge of the stars and the currents,” explains Musker. “It was very much a source of pride to them that they were the world’s greatest navigators in doing so.”

But mixed up with that pride was a mystery, one which historians have struggled for ages to solve. About 2,000 years ago, Pacific navigation came to a halt. A thousand years later, the transoceanic voyages picked up again, and Polynesian explorers went on to settle Hawaii and New Zealand. “The basis came out of a sort of fantasy of how they got started again,” says Clements. “What if it were all because of a 16-year-old girl?”

There were several months, however, where it looked like Disney’s next big bet would not be about a girl at all, but instead would focus on the mythical Maui. Folklore around the demigod abounds in several cultures, painting him as a shapeshifter, a trickster with the story of his life tattooed across his body. He pulled islands up out of the sea with his magical fishhook. “His bigger-than-life exploits and personality really seemed like it could be rich to see in animation, and I had never seen anything in film of that character before,” says Musker.

Ultimately, they cast Maui in a significant supporting role but shifted focus to the teenaged girl. “We thought it would be very appealing to do a female empowerment story that didn’t center on any sort of romance,” says Musker. “We saw it as sort of a True Grit-type story: the determined girl who teams up with a washed-up guy. They have this adventure and she finds her true calling—and saves the world in the process.”

In addition to lacking a love interest, unlike nearly all of her predecessors in the Disney canon, Moana looks different from her forebears. No strutting waif, she has a sturdier build, one which would believably allow her, in Musker’s words, “to hold her own in the demands of this physical environment.” As her physique evolved in the studio, animators put her form to the test, ensuring that her musculature lent itself to a girl who could credibly, single-handedly, survive the perils of the open sea.

Moana is a new kind of character, and the movie is also a first for Disney, as its only animated film set in the Pacific Islands. The influences that informed its language, styles of dress and foundational folklore are pan-Pacific, a pastiche of Fijian, Tongan and Samoan cultures, among others. A first version of its script was penned by New Zealand filmmaker Taika Waititi, who boasts the two top-grossing films produced in his country and left his mark on another popular export, the comedy-band-cum-TV-show, Flight of the Conchords.

The movie is also a first for its directors, as their inaugural foray into an almost entirely computer animated film. (Some elements, like a living tattoo on Maui’s left pectoral muscle that serves as an external representation of his conscience, are hand-drawn.) Technology enabled elements of the visual storytelling that would otherwise have been a stretch, most notably a living ocean which reacts to the movements of Moana—whose name means “ocean” in several languages—with a sort of anthropomorphized gesticulation. Other aspects, perhaps surprisingly, are more complicated with a keyboard than they are with a pencil. A few months from release, Clements sighs, “They’re still having a few nightmares about the ropes.”

Moana’s chances of taking hold of American children in the manner of 2013’s Frozen—and implanting in their minds, as that movie did, a fierce desire for millions of dollars’ worth of themed merchandise— is closely linked to its capacity to have them singing along. In pursuit of anthems as mercilessly unforgettable as “Let It Go,” they brought on Lin-Manuel Miranda, before his hit musical Hamilton launched him into megastardom, in part because they admired his ability to move seamlessly between languages in his first production, In the Heights, a feat they hoped to emulate in Moana. To capture the sounds native to the movie’s setting, they recruited Opetaia Foai, leader of the group Te Vaka, who was born in Samoa to a Tokelauan father and a Tuvaluan mother. And to help pull it all together, they brought in veteran Disney composer Mark Mancina, who collaborated on the soundtracks of The Lion King and Tarzan.

Whether or not it ends up a purveyor of ear-worms, Moana is poised to speak to more than just the dress-up demographic. More important than what it’s not—a princess tale or a love story—is what it is: a story of self-discovery. Early in the film, Moana is in turmoil over the clash between her desire to become a voyager and her father’s demands that she stay close to home and grow into her role as the community’s next chief. When she asks, “What’s wrong with me?” it’s hard to imagine an audience member who hasn’t, at least once, thought those same words. The answer is no less poignant for our having guessed it—that is, absolutely nothing. 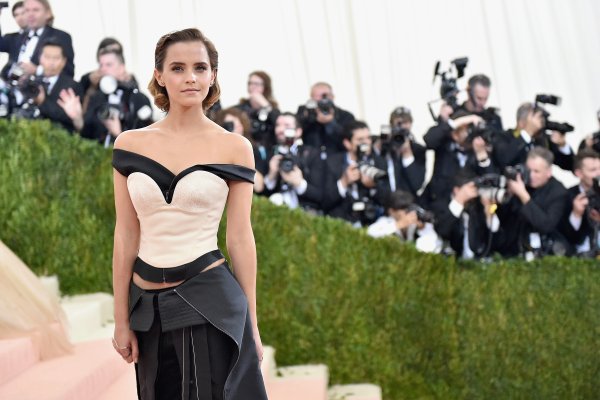 Watch a Behind-the-Scenes Peek into 'Beauty and the Beast'
Next Up: Editor's Pick