Emily Blunt arrives at the premiere of 'The Huntsman: Winter's War' on April 11, 2016 in Westwood, California.
Axelle/Bauer-Griffin—FilmMagic/Getty Images
By Eliza Berman

When it comes to nabbing good roles, Emily Blunt has much to be thankful for. She’s played an action hero and sung Sondheim, and she’s poised to have her most memorable performance yet in this fall’s The Girl on the Train, out Oct. 7. But she doesn’t hesitate to name the role she’s most grateful for, and it’s one she hasn’t even started rehearsing for. “The greatest gift that has come my way from the day I started in this job is Mary Poppins,” she tells TIME.

Disney’s Mary Poppins Returns, slated for release in 2018, is the highest-profile of a handful of family movies Blunt will make following the depths of despair she taps into as a divorced alcoholic in Train. When asked if the parade of animated movies and musicals is a coincidence, she shakes her head no. Does it have anything to do with having two young girls? She shakes her head yes. “I wasn’t a My Little Pony fan when I was a kid,” she admits, in reference to the 2017 animated project she’s making alongside Kristin Chenoweth and Uzo Aduba, “so I’ve become one.”

When it comes to reviving perhaps the most beloved nanny in the entire history of literature and cinema, Blunt thinks about what it will mean for her kids to have Mary Poppins under their roof. “I think for my daughters, it will be the film that I’m most grateful that I am an actor,” she says. The role came to her via a phone call from director Rob Marshall, who directed her as the baker’s wife in Into the Woods. ““He made the pitch and I was instantly thrilled and frozen with fear,” she recalls. “I didn’t have to be convinced [to do it], I just had to be convinced that I didn’t have to be terrified.”

Blunt acknowledges the high bar set by Julie Andrews, whose performance in Disney’s 1964 live-action-animation mashup earned her an Academy Award for Best Actress (in addition to the film’s four other Oscars). “There’s nobody who can outdo Julie Andrews,” she gushes. “She’s like, emblematic of our country in many ways! I just realize I have to do something different, and it’ll just have to be my take.”

That take will hew closer to the original character, first introduced in P.L. Travers’ 1934 novel, which was followed by seven additional books, the last of which was published in 1988. “[In] the books, she’s more eccentric and more acerbic and quite mean to those kids, and funny and weird and off. Julie’s version was so beautiful and pure, just so effervescent and full of life,” says Blunt. “What I love about her is that she’s got this enigmatic master plan, and however much of a tough nut she is to crack, she is such a joyous character.”

Blunt has already gotten a seal of approval from Andrews, and the project will have her in good company, as well: Lin-Manuel Miranda has been cast as a variation on the Dick Van Dyke character (though he’ll no longer work as a “Chim Chim Cher-ee” chimney sweep), and they’ll both share the screen with Meryl Streep, with whom Blunt worked in both Woods and in her breakout role in The Devil Wears Prada, a decade ago.

It’s a lot to live up to, but Blunt is trying to prevent preparation from bleeding into obsessiveness. “I just have to go with the first instinct and see if that works,” she says. “I know it’s going to be so joyous.” 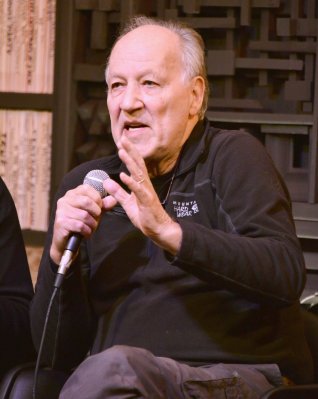