Orlando Shooting 911 Calls Released: 'They're All Scared to Death'

Authorities released recordings of 911 calls from the friends and family members of those trapped inside Orlando’s Pulse nightclub where 49 people were killed in June.

“I called you guys 10 minutes ago,” said one man in the calls released Tuesday by the Orange County Sheriff’s Office, according to the Orlando Sentinel. “My girlfriend’s hiding in the club Pulse, where people are shot and dead and there’s like 18 people hiding in the bathroom … They’re all scared to death, and they all think they’re gonna die.”

Not included in the release are calls made by people actually inside the building during Omar Mateen’s shooting rampage; media outlets have sued for the public release of those recordings.

Another loved one, the mother of someone trapped inside, called 911 and said, “My son is stuck in the bathroom down there, and I got him on the other phone … I called before, but they called dispatch and all the lines were busy.” 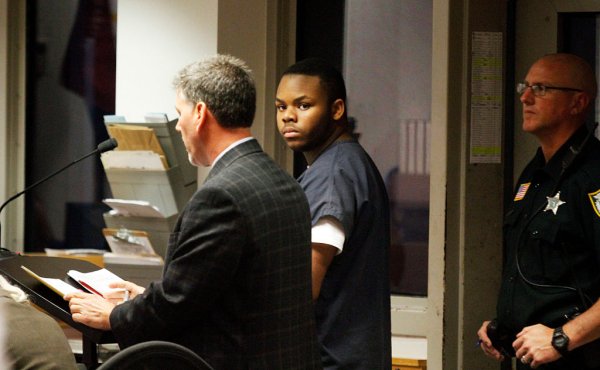 Florida Teen Accused of Posing as Doctor Lands Back in Jail for Alleged Fraud
Next Up: Editor's Pick