President Obama commuted the sentences of 111 individuals on Tuesday, meaning he has now granted early release to 673 prisoners. According to the White House, that’s more than the 10 previous presidents combined.

Obama was once referred to as one of the least merciful in history, having ended his first term without making much use of his clemency power. In his second term, however, addressing the impact of the war on drugs, which many scholars say has significantly contributed to the country’s high levels of incarceration, became a major administration initiative.

The majority of the 111 individuals whose sentences were shortened on Tuesday had been imprisoned for drug trafficking offenses, including crack-cocaine and methamphetamine. Thirty five of the individuals who were granted clemency on Tuesday had been sentenced to life in prison for drug crimes. Many of the prisoners will be released by Dec. 28, not long before the president is set to leave office. Some will stay behind bars until 2018. 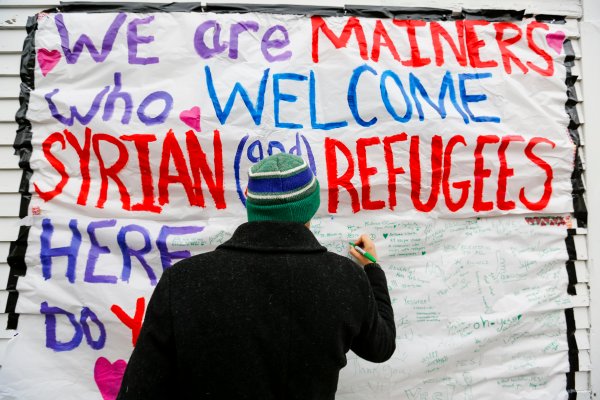 U.S. Will Admit 10,000th Syrian Refugee Ahead of Schedule
Next Up: Editor's Pick