Gene Wilder Was a True Magician

American actor Gene Wilder as Willy Wonka in 'Willy Wonka & The Chocolate Factory', directed by Mel Stuart, 1971.
Silver Screen Collection—Getty Images
Ideas
By Rabbi David Wolpe
Wolpe is the Max Webb Senior Rabbi of Sinai Temple in Los Angeles, the author of eight books and has been named one of the 50 most influential Jews in the world by the Jerusalem Post.

Several years ago a man I had never met came to see me about doing his funeral.

I had heard of him, of course. Indeed, in a strange twist of fate, I had sometimes mistakenly received his prescription medicine. His name was David Wolper. He was a famous Hollywood producer who happened to (almost) share my name. Wolper produced Roots and The Thorn Birds, among many other renowned movie and TV projects.

By the time we met, he had grown quite ill but wanted to be assured that a Rabbi who knew him would officiate at his funeral. He was taken by our shared name and made an appointment to see me. We talked for a while and promised to meet again, but sadly the next call I got was that he had passed away. I officiated his funeral and retained a brief but very fond memory.

I remember one thing in particular about our short discussion. “You know it is almost 40 years later,” Wolper said, “but the one thing everyone remembers me for is Willy Wonka & the Chocolate Factory.” He told me that people would still stop him on the street to say how much that movie meant to them. I told him I felt just the same way, and the only reason I didn’t stop him on the street was because he was already sitting in my office.

Wolper came to mind when I read of the passing of Gene Wilder. My daughter grew up watching Willy Wonka, and Wilder’s passing reminds us anew that the stories of our childhood retain a charm that nothing else can approach. When we are older, we have dreams, but none of them gets close to the glow of the golden ticket. As adults, there are worlds we wish to be admitted to—back rooms or clubs, concerts or first-class seats—but they cannot compare to the yearning to step into the Wonka factory, the enchanted world behind the high gates.

Children who are lucky enough to grow up with magic stories have a reservoir of wonder that lasts a lifetime. Kids whose formative years were captured by Harry Potter, or in an earlier age by Narnia or Lord of the Rings or Roald Dahl’s wild imagination, all have an imaginative treasury inside to last a lifetime.

I hope that the ubiquity of smart phones and video diversions is not robbing children of this storytelling birthright. When my brothers and I were small, our family would gather every year to watch the annual showing of the Wizard of Oz. It became part of who we were, our own special tradition. As my father drove us to school each morning, he would sing: “We’re off to see the wizard, the wonderful wizard of Oz.” We would all join in, and the ride became a little bit of an adventure. As a father, I got to sing the song to my daughter on the way to school. I am very grateful that she grew up with Oz and Wonka and Potter.

Childhood should be touched by magic wands and secret chocolates and Quidditch games. The world becomes sober soon enough. God bless the Wolpers and Wilders for giving us so much magic. 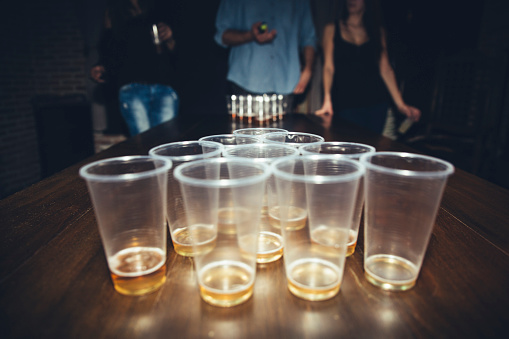 These Are the Top 10 Ranked Party Schools in America
Next Up: Editor's Pick