Apple vs. the E.U. Is the Biggest Tax Battle in History

Ever hear of a Double Irish? It’s not a drink, but one of the dodgy tax strategies that help American companies keep their profits nearly tax-free abroad. Such strategies are at the heart of what may well turn out to be the most important corporate tax case in history, a case that could have a big impact on U.S.-E.U. relations and the future governance of multinational corporations.

The E.U. ruled Aug. 30 that Ireland, which offers multinational companies myriad incentives to operate there, must claw back billions of dollars in taxes from Apple. The record-breaking bill comes to $14.5 billion. The tech giant has been paying just 4% taxes per year on nearly $200 billion in foreign profits over the past decade. Apple’s is the largest chunk of the $1.2 trillion in profits that all U.S. companies are hoarding overseas — a cash pile that’s been building for years as companies try to avoid the higher-than-average U.S. corporate tax rate by jumping through overseas loopholes to keep profits abroad. Apple’s effective rate, reached through deals with the country in 1991 and 2007, is much lower than Ireland’s standard corporate tax rate — already the lowest in the E.U. at 12.5%. The company will fight the ruling vigorously.

Apple is only the most recent target for the E.U., which has also gone after Starbucks in the Netherlands and Fiat in Luxembourg. But the Apple case takes the fight over the tax “optimization” to a new level. For starters, it has opened a deeper rift in U.S.-E.U. economic relations. They weren’t so great to begin with. (The U.S. Treasury Department has asked the E.U. to back down on the Apple case, and there are threats of congressional tax retaliation against European firms in the U.S. if it goes ahead.) While it’s clear that the U.S. wants some of the money Apple is keeping abroad and is worried that the E.U. might get to it first, that’s a tricky argument for American authorities to make.

I suspect there are plenty of Americans (like me) who’d support the ideas behind the E.U.’s efforts to try to squash country-specific tax loopholes and bring multinationals to heel. In fact, I’d argue this is a good opportunity for the U.S. and the E.U. to work more closely together on tax harmonization and mutual rules for combatting the race to the bottom on taxes — after all, one of the reasons that corporations are able to tax-optimize is that they can arbitrage one nation’s system against another’s. This is not the road the current fight appears to currently be on, as rhetoric on both sides of the Atlantic heats up. Irish authorities, caught in the middle and fearful of losing the jobs Apple provides there, are pushing back against the ruling.

The real problem is a global tax system run amok. International tax shenanigans have real-world consequences for Main Street. For starters, they distort the market. Even as big firms hoard cash abroad, they borrow money in the U.S. debt markets. Unfortunately most use that debt to fund share buybacks that enrich mainly the wealthiest Americans and add nothing to real productivity and economic growth. This only increases the wealth divide in America, widening the toxic rift between the markets and Main Street.

Their efforts have, perversely, been enabled by the low-interest-rate monetary policy of recent years, which itself was a reaction to the financial crisis. But there’s a big debate going on right now about when and how to raise those rates. Central bankers like Fed Chair Janet Yellen have made it clear that they’d like to see governments doing more to buoy the economy via fiscal policy, rather than relying on monetary policy to carry the load any longer. As she pointed out in her recent Jackson Hole speech, “Beyond monetary policy, fiscal policy has traditionally played an important role in dealing with severe economic downturns. A wide range of possible fiscal-policy tools and approaches could enhance the cyclical stability of the economy.” That’s Fed speak for, “Come on, Congress, get your act together, push through a real stimulus plan and stop passing the buck to the central bankers.”

But fiscal policy requires money. That means that rich country governments, which have ended up with record debts and shrinking public budgets in the wake of the 2008 crisis, will be looking much more closely at corporate tax avoidance. In an economic scenario where companies are flush but workers are not and the historical relationship between corporate profits and local economic growth looks broken — big companies are going to be under a lot more pressure to do more for the countries in which they operate. There is a growing sense that many companies have been flying 35,000 ft. over the economic troubles of the countries where they operate — and they should be forced back down to earth.

Apple’s tax bill is just the beginning of a very big fight between the world’s richest companies and its governments. But how the battle lines will be drawn is likely to be as confusing a problem as the international tax system itself. 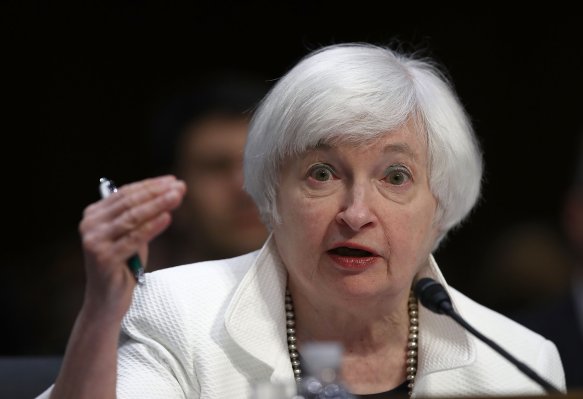