Over the past several months, Apple fans have been fixated on rumors surrounding the new iPhones the company is expected to announce in September. Now, a new report says Apple is preparing to release a slew of new updates to its iPad and Mac lineups as well.

Apple is said to be working on new Mac devices that will be revealed before the end of the year, Bloomberg reports. These could include a new MacBook Air and a refreshed iMac, in addition to a 5K monitor developed in collaboration with LG. The upcoming MacBook Air would come with a USB Type-C port like Apple’s 12-inch MacBook, while the new iMac models would support new graphics chips from AMD.

The report says a thinner MacBook Pro with a flatter keyboard and a digital function key row that changes depending on the application you’re using is also in the works, which Bloomberg already reported earlier this month. Still, the publication says only some of these Mac devices will be released as soon as October, leaving unclear exactly which models might debut before the all-important holiday shopping season.

New features for the iPad are also in Apple’s pipeline, according to the report, but these updates are expected to be released in 2017. The headlining feature is expected to be expanded functionality for the Apple Pencil accessory, which could include the ability to annotate files more broadly across the software, such as Mail, Safari, and iMessage. It’s an important change for Apple as competitors like Microsoft and Samsung continue to enhance their own styluses, as Samsung has recently done with its Galaxy Note 7 and Microsoft has done with its Windows Anniversary update. 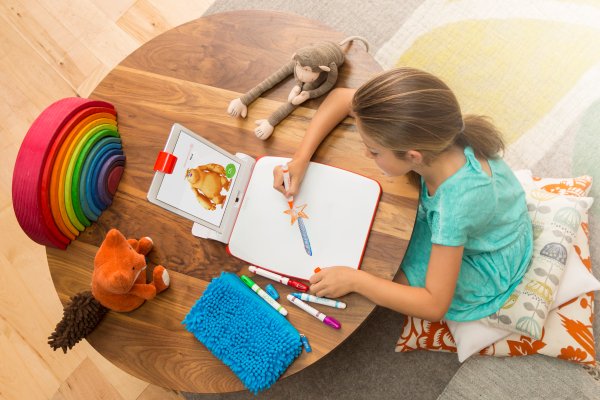 This Creativity App Is Great for iPad-Obsessed Kids
Next Up: Editor's Pick