The Dark Side of Cheap Gas—More Road Deaths

Americans love the low gas prices that have made driving increasingly cheap in recent years, but cheap fuel has a nasty side effect: more driving that has helped lead to a spike in traffic deaths, according to transportation officials.

Traffic fatalities in the U.S. increased more than 7% between 2014 and 2015, the National Highway Traffic Safety Administration (NHTSA) said this week. That rise in annual deaths—to 35,092—is the biggest percentage annual increase since 1966.

When gas is cheaper, Americans tend to drive more—total vehicle miles traveled increased to 3.15 trillion miles in 2015 up from under 3 trillion in 2013 when gas prices were higher. An improving economy also leads more Americans to hit the roads for work, according to NHTSA. Other factors that contributed to the likelihood of a fatal traffic accident included drunk or distracted driving.

Can You Guess These Back to School Prices?

Economists generally agree that low gas prices help stimulate the economy, though the modest economic growth of the last two years has led them to debate the extent of that effect. Still, an increase in traffic deaths is just one of several negative side effects. More driving also means an increase in the greenhouse gas emissions that cause climate change and automobile pollution continues to lead to disease and death in America’s urban centers. Compounding those problems, low gas prices make Americans more likely to buy gas guzzlers.

NHTSA and other government agencies are working on a number of programs aimed at stemming the rise in traffic deaths, but many transportation experts say that in the long-term self-driving cars may be the solution that can wipe out traffic fatalities. 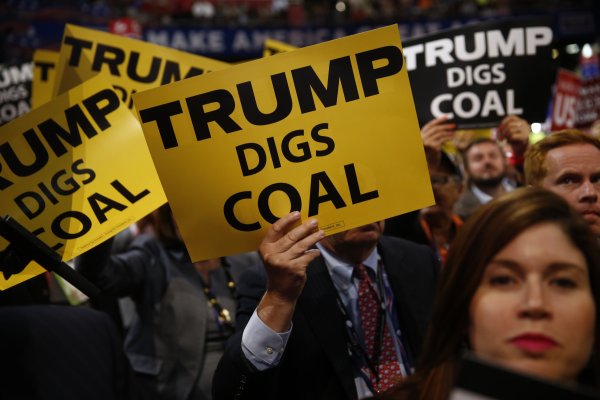 Why Trump's Promise to Save the Coal Industry Does More Damage Than Good
Next Up: Editor's Pick