8 Things You Should Know About Teyana Taylor, the Star of Kanye's 'Fade' Video

Teyana Taylor might be the star of Kanye West’s “Fade” video that debuted at the MTV Video Music Awards on Sunday night, but the 25-year-old performer has been a force in the entertainment world for the last decade. Here are eight things you should know about her.

She signed to a major record label at the age of 15: Pharrell signed Taylor to his Star Trak label in 2007. She left Star Trak in 2012, but her single, “Google Me” from her time with Williams remains.

In case you forgot, she also had one of MTV’s most memorable My Super Sweet 16s ever: Taylor’s episode was one for the books; the theme was “’80s old school skateboard,” and in the episode, she rents out an entire museum for her venue and arrives in a life-size Barbie doll box to her truly epic party.

Her dance skills landed her a gig with Jay Z: You might remember Teyana from her star-making turn in the rapper’s “Blue Magic” video in 2007.

She’s been a part of the GOOD Music family since 2012: After leaving Star Trak, Taylor signed with Kanye West’s music label, GOOD Music. West has acted as a mentor to Taylor, who also contributed additional vocals to Yeezy’s fifth studio album My Beautiful Dark Twisted Fantasy in 2010. Her album VII was released in 2014 and hit no. 1 on the Billboard Top R&B/Hip-Hop Albums chart.

She also appeared on a track called, “Christmas in Harlem” with West and Cyhi Da Prince in 2010.

In fact, consider Taylor a triple threat: In addition to dancing and singing, Teyana Taylor is also an actress. She’s appeared in the Stomp the Yard franchise and also Tyler Perry’s Madea’s Big Happy Family.

She’s engaged to Iman Shumpert, basketball player for the Cleveland Cavaliers: Taylor and Shumpert began dating when he was a New York Knick and became engaged in November 2015. The couple has a baby together and Taylor even appeared in Shump’s music video for his track, “Promised.” Shump returned the favor by co-starring in “Fade” with her.

She does a spot-on Lil’ Kim impression: Although Taylor took the stage at the VH1 Hip Hop Honors Awards for a Lil’ Kim tribute with the likes of Dej Loaf and Lil’ Mama, Teyana Taylor literally transformed into not just one, but two iterations of the Queen Bee, Lil’ Kim. Watch her full electrifying performance below.

She’s a mother to an eight-month-old baby, Iman Tayla Shumpert, Jr.: Taylor gave birth to a baby girl in December. The baby’s arrival into the world might just be the most memorable birth in recent history; Taylor went into labor at home before she could go to the hospital, so Shumpert delivered the baby in the bathroom, using a pair of headphones to tie the umbilical cord. They named the baby after Shumpert, but call her Junie (short for Junior) and although Junie is less than a year old, she already has a verified Instagram account with nearly 40k followers. 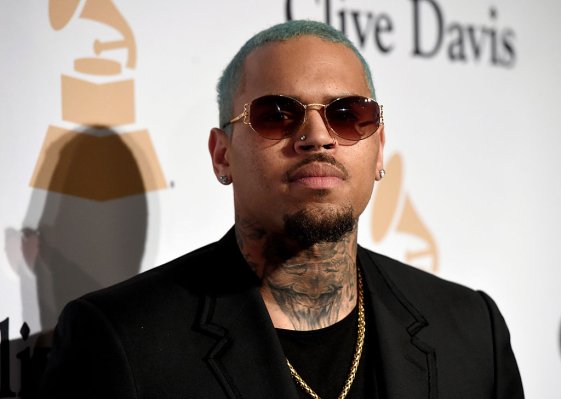