ABC announced the cast of Dancing With the Stars‘ upcoming 23rd season, which includes Olympians and a politician.

ABC announced this season’s cast on Good Morning America on Tuesday, with an appearance by Lochte and Hernandez.

“I’m definitely really excited. This is completely new for me,” Lochte said on Good Morning America. “I think it’s time for me to hang up the Speedo and put on my dancing shoes and get in that ballroom.

Perry posted a photo on Twitter posing alongside his professional dance partner Emma Slater and wrote he would use his new platform to help veterans.

The stars and their dance partners will hit the floor Sept. 12 at 8 p.m. when the 23rd season premieres. 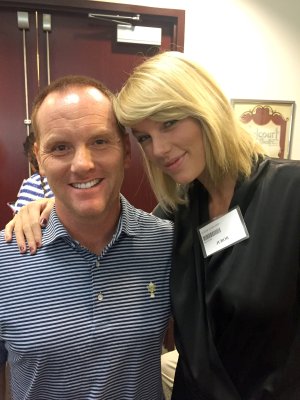 Taylor Swift Dismissed as a Potential Juror in Nashville
Next Up: Editor's Pick