What to Know About Apple's $14.5 Billion Tax Bill

The European Union has just hit Apple with a record-breaking tax bill of €13 billion ($14.5 billion) plus interest, after finding that Ireland granted the company illegal state aid over many years.

The decision, made by the European Commission’s competition department, is hugely controversial. Apple will appeal and Ireland is likely to do so too, although it will have to recover the money from Apple in the interim period anyway—probably holding it in escrow.

So here are the answers to a few questions you might have about the case.

Why is the EU competition authority dealing with national tax cases?

Competition commissioner Margrethe Vestager has spent the last couple years examining and criticizing “sweetheart deals” between certain EU countries and multinational corporations—Ireland and Apple, the Netherlands and Starbucks, and Luxembourg and Fiat, Amazon and McDonald’s.

“When a government lets a company avoid paying its share, that company gains just as if it received a handful of cash,” Vestager recently said, noting that the Commission’s investigations had shown some tax agreements “grant individual companies a benefit that’s not available to others.”

On Tuesday, she was unequivocal about the effect of the Apple-Ireland deal:

“In 2011 Apple Sales International made a profit of €16 billion,” Vestager said in a press conference. “Less than €50 million euros were allocated to the Irish branch, The rest, the huge majority, was allocated to the so-called head office where they remained untaxed…For every €1 million in profits, it paid just €500 in taxes.”

A few years later, Apple was paying €50 per million.

So what did Apple and Ireland do?

Apple incorporated subsidiaries in Ireland but said they were not tax-resident in the country. Of particular note are Apple Operations Europe (AOE), which makes MacBooks and provides shared services to Apple’s EMEA subsidiaries, and Apple Sales International (ASI), which handles the import and distribution of Apple products after their manufacture in China—everywhere outside the Americas. The latter is responsible for most of the unpaid back taxes.

According to the Commission, these two companies attributed almost all sales profits to a “head office” that “existed only on paper and could not have generated such profits.” An Irish tax loophole, which is no longer in force, allowed the allocated profits to be untaxed in any country.

This was all because the Irish tax authorities struck deals with Apple in 1991 and 2007 that allowed the company to pay far less than the country’s standard corporate tax rate—already the lowest in the EU at 12.5%. The Commission’s investigations found that Ireland gave Apple this special treatment so as not to risk the thousands of jobs that the company provided in the country.

That’s effectively a state subsidy, and there is a limited range of circumstances in which those are permitted in Europe—after all, the EU is very big on not letting its member states distort the all-important single market. This was not one of those circumstances.

How did the Commission calculate the level of the back-payments?

The Commission can only order the recovery of illegal state aid for the period of one decade, leading up to the first request for evidence in an investigation. In this case, proceedings started in 2013, and the underpayments being clawed back cover 2003-2014.

That’s despite the fact that Apple’s underpayments date back a quarter of a century.

Vestager’s department made an interesting note:

In other words, the Commission is inviting other countries to see what was booked in Ireland that should have been booked in their own countries, and try to get it back.

“Other countries in the EU or elsewhere can look into our investigation,” Vestager said at the press conference. “They can use our data, our reasoning.”

Apple has certainly claimed that it parks so much money offshore because of the U.S. tax code.

However, Vestager said Tuesday: “Whatever the issue Apple may have with the US tax code is not an issue for us…This is a European matter.”

So what’s the reaction?

Apple said it would appeal and is “confident the decision will be overturned.” It added:

The Irish finance ministry said it would ask the country’s cabinet to approve an appeal to the European courts. It said the Commission contradicted itself by saying the sum due in Ireland might be reduced if other countries try to claw back the taxes due in their own territories.

“While requiring Ireland to recover the tax sums, the Commission is also acknowledging that the sums may in fact be taxable in other jurisdictions,” the ministry said. “The European Commission is also incorrect to state that profits allocated to the Apple companies’ head offices were not subject to tax in any country under a specific provision of the Irish tax law. This refers to a mismatch between different countries’ tax rules, which by definition cannot be the responsibility of Ireland alone.”

The Information Technology Industry Council (ITI), a U.S. tech industry lobbying group, is apoplectic. President and CEO Dean Garfield said the Commission was making a “departure from established channels of multilateral cooperation on tax policy in favor of a unilateral approach that, by imposing unforeseeable and retroactive penalties, risks chilling transatlantic commerce and investment and growth in the EU at the expense of U.S. taxpayers.”

However, as Vestager pointed out Tuesday, this is not a penalty—it’s an unpaid tax bill.

Meanwhile, the mayor of Cork—the Irish city where many of Apple’s operations are based—would like to see the money come to Cork specifically. 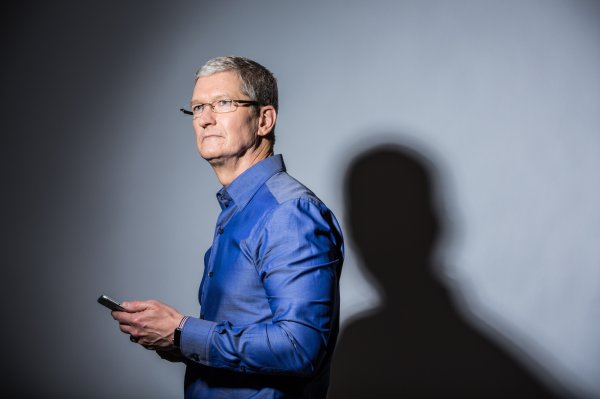