In this 1975 file photo, Mark David Chapman is seen at Fort Chaffee near Fort Smith, Ark. The New York state Board of Parole on Monday, Aug. 29, 2016, announced that it has again denied parole to Chapman, who on Dec. 8, 1980, shot and killed John Lennon
Greg Lyuan—AP
By Kate Samuelson

Mark Chapman, who stunned the world when he shot and killed the Beatles star John Lennon in 1980, has been denied parole for the ninth time.

Chapman is currently serving a sentence of 20 years to life in western New York’s Wende Correctional Facility for his self-proclaimed “premeditated, selfish and evil” crime. The 61-year-old pleaded guilty to second-degree murder after shooting Lennon, then aged 40, four times outside New York’s Dakota building 36 years ago.

The parole board told him that “In spite of many favourable factors, we find all to be outweighed by the premeditated and celebrity seeking nature of the crime,” concluding that his release would “be incompatible with the welfare of society” and “undermine respect for the law,” the BBC reports.

Chapman was last considered for parole in 2014, where the board said, in its decision, that his “actions have devastated a family.” They added that he “stalked and waited for [his] victim and thereafter shot him multiple times causing his death,” telling Chapman that “The victim had displayed kindness to you earlier in the day.” 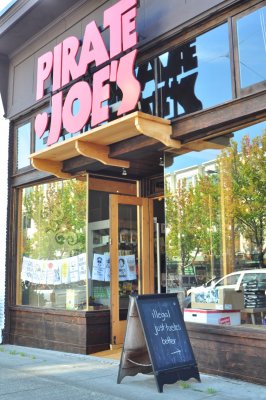 Traders Joe's Case Against Canadian Knockoff Pirate Joe's Will Return to Court
Next Up: Editor's Pick