1 Dead, 3 Wounded After Explosion at the Chinese Embassy in Kyrgyzstan

In this photo released by China's Xinhua News Agency, people gather near the site of an explosion in Bishkek, Kyrgyzstan, Tuesday, Aug. 30, 2016. Kyrgyzstan's deputy prime minister says a suicide bomber rammed his car into the gate of the Chinese embassy compound in the capital Bishkek, detonating a bomb and injuring three embassy employees.
Chen Yao—;AP
By Nash Jenkins

A car has exploded outside the Chinese embassy in Bishkek, the capital of Kyrgyzstan, in an apparent suicide bombing, according to the Associated Press, citing the country’s deputy prime minister.

The official said that the blast wounded at least three embassy employees, all Kyrgyz nationals. The driver was killed.

Reuters reports that the state security service, the GKNB, is investigating the blast but adds that details are scant.

An 18-year-old Kyrgyz waitress named Agel, who works at a restaurant close to the embassy, told TIME by phone that she “heard the terrorist attack” and was “a little scared.” She added: “Normally our city is safe, our relationship with Chinese people is good. I hope it won’t happen again.”

According to the Kyrgyz news website 24.kg, as cited by Reuters, the blast occurred after the vehicle rammed the embassy gates.

—With reporting from Yang Siqi / Beijing 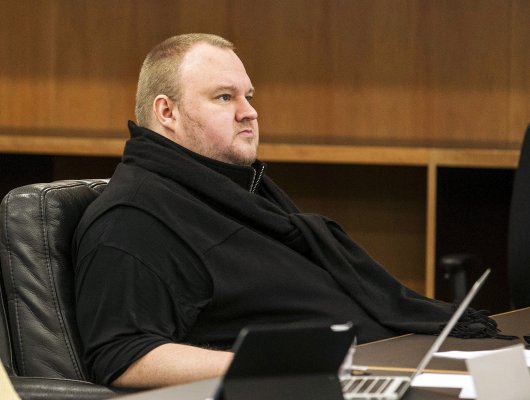 Kim Dotcom to Livestream His Extradition Appeal
Next Up: Editor's Pick