A top pastor in Donald Trump’s campaign who spoke at the Republican convention tweeted images of Hillary Clinton in dreadlocks and blackface Monday, arguing she panders to get African American votes.

Pastor Mark Burns, who is black, said that the Democratic nominee “uses” black people for their votes, and included a drawing of the former Secretary of State in blackface, holding a sign that says “#@!** the police,” and wearing a shirt that says “no hot sauce, no peace.”

Later in the day, he re-tweeted a doctored meme of Clinton with dreadlocks.

Burns apologized for the tweets on Tuesday morning, while repeating his argument that Democrats are using black voters.

“I’m so sorry for the offensive #Blackface image of @HillaryClinton but stand by the message that we Blacks ARE being Used by #Dems for VOTES,” he posted.

Burns’s tweets come as the candidates have escalated their attacks against each other on this issue. Trump has recently said African Americans are a “focal point” of his campaign, and has called Clinton a “bigot.” Last week, Trump released a new Instagram video pointing to Clinton’s 2008 struggles to win over black voters just one day after she gave a speech calling him “a man with a long history of racial discrimination.” 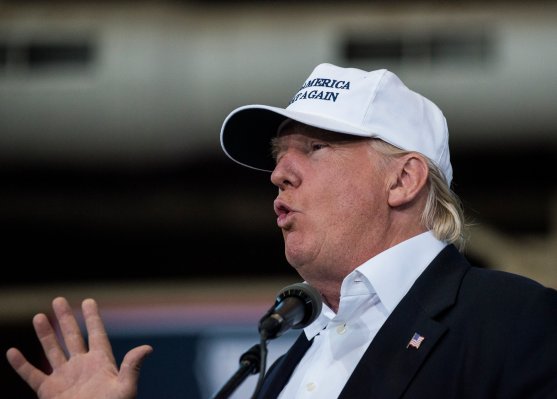 Donald Trump Focuses on Immigration and Outreach to Black Voters
Next Up: Editor's Pick